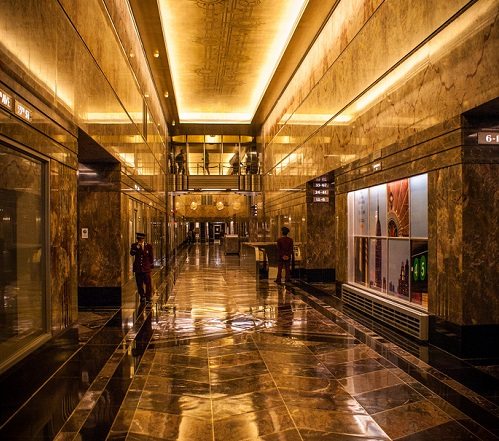 There are way too many glaring examples of the ravages of out-of-control income inequality. Here is just one: According to a report by the Institute for Children, Poverty & Homelessness, the number of homeless kids in New York City public city schools has jumped 63 percent in the last five years. According to the report, there were nearly 80,000 homeless students living in shelters or staying with friends or extended family during the last year, a rise of more than 30,000 kids since the 2007-2008 school year.

While the number of homeless public school students skyrocketed, there remain pockets of housing in New York City that are virtually untouched during the year, according to data from the Census Bureau’s 2012 American Community Survey. According to the New York Times, in a three-block stretch of Midtown, from “East 56th Street to East 59th Street, between Fifth Avenue and Park Avenue, 57 percent, or 285 of 496 apartments, including co-ops and condos, are vacant at least 10 months a year. From East 59th Street to East 63rd Street, 628 of 1,261 homes, or almost 50 percent, are vacant the majority of the time.” The Times article largely discussed the “out-of-towners” who pay much less in taxes on these properties than city residents do on theirs, not to mention the benefit of not paying the hefty income taxes levied by the City and the State of New York.

New York City is home to some of the country’s worst gaps in income equality, and the growth in homelessness, especially amongst kids, in the face of actual blocks of homes sitting vacant in their glare is an example of this gap. According to a Brookings Institution study, New York City was rated as the most unequal city in the nation. According to the New York Times, the wealthiest one percent of New York City residents “took in nearly one-third of the personal income in the city in 2009 — almost double the comparable proportion nationwide.”

“According to the proposal, owners of a pied-à-terre priced between $5 million and $6 million would pay 0.5 percent of the amount over the $5 million threshold in annual taxes. This would gradually increase, capping off at properties of more than $25 million, where the owner would pay a $370,000 annual fee plus 4 percent of the amount over $25 million. While the owners could be wealthy New Yorkers who happen to own a primary residence uptown, say, and a secondary apartment downtown, many who would be targeted by this new tax would be non-New York residents.”

Hoylman has said that “these property owners aren’t paying their fair share of taxes.” Relating to the vacant properties, James Parrott, the chief economist at the Fiscal Policy Institute, who developed some of the research behind the proposed legislation, stated that he “heard more about the need for a pied-à-terre tax from high-income New York City residents than anybody else.”

No one’s sure what the financial benefits to New York City would be if Hoylman’s bill passed, but they could be monumental. Take the Trump Tower at 721 Fifth Avenue, with 237 units, many above $25 million dollars. The proposed change would see over a hundred new units paying additional tax of more than $300,000 a year.

That’s $30 million from just one building, which could go a long way to subsidizing ways to address the issue of homeless children in New York City.—John Brothers