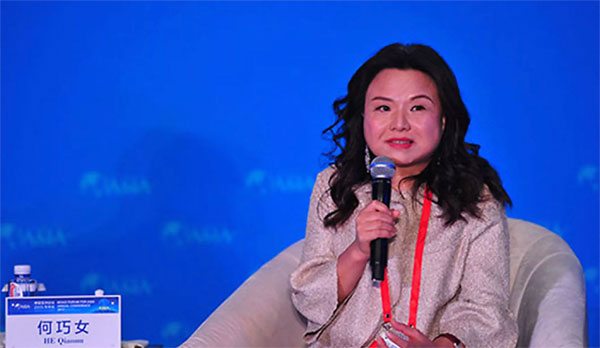 Continuing a trend demonstrating the increasing power of the nonprofit sector in China, a leading Chinese female business leader and philanthropist, He Qiaonv, has pledged $1.5 billion toward wildlife conservation efforts.

As reported by Bloomberg, the pledge may constitute the largest-ever private donation to wildlife conservation. It includes $20 million from the Beijing Qiaonv Foundation for Panthera, an organization devoted to protecting the world’s wild cats—starting with an initiative to protect snow leopards in China and lions in Africa.

NPQ has reported on the rise of nonprofits and civil society in China. In the last few decades, the sector’s Chinese analogue has grown in strength, with more than 460,000 registered nonprofit organizations and a whole lot more unregistered. In August, NPQ reported on the work of philanthropist Mei Hing Chak, who said that since she started the first private foundation in China in 2005, there are now almost 4,000 such foundations. In 2006, there were about $10 billion in foundation donations, compared with $125.5 billion in 2015.

That growth is expected to continue, as the Chinese government is supporting charitable efforts in ways unheard of in the past. Last year, as NPQ reported, the country marked its first Charity Day—to be held every September 5th—a date which marks the passage of China’s Charity Law that encourages charitable giving (although, skeptics would point out, such giving would not be encouraged to civil society groups that are perceived as a threat to the government).

According to Bloomberg, while China still technically has laws against private ownership of land, it is opening up in a way that enables the private conservation efforts of He Qiaonv. The government has promised to create between 30 and 50 conservation zones by 2020. And, since the Trump administration pulled the United States from the Paris climate accord, the Chinese government, under the leadership of Xi Jinping, has emerged, Bloomberg reports “as an unlikely environmental leader.” Xi has banned the ivory trade (as of the end of 2017) and put forth a proposal to eliminate the use of gasoline-powered cars.

“The public awareness of environmental protection is gradually increasing in China,” He Qiaonv said in an interview with Bloomberg.

He’s business background is in landscaping and resource management through her Beijing Orient Landscape Co. “At the very beginning, the dream of our business was to build 100 of the most beautiful parks in 100 cities of China,” He told Bloomberg. But, on the way to that dream, she dealt with the obstacles of polluted water and air that made her even more passionate about being an environmental steward.

In 2012, He started her foundation with the goals of establishing conservation zones in China, protecting native species, and supporting NGOs that were having a positive impact on global biodiversity and carbon dioxide levels in the atmosphere. She has also worked with Bill Gates through the China Global Philanthropy Institute.

“We believe that protecting China is to protect the whole Earth,” He told Bloomberg.

“Things (in China) are changing under the global radar,” said Nicole Mollo, executive director of environmental philanthropy at the Recanati-Kaplan Foundation, said in an interview with Bloomberg. “They have the will, and frankly they have the resources—what they are missing is a middle tier of expertise. They don’t know what it means to manage a protected area, to train a ranger, or to work with communities and livestock.”

The partnership with Panthera is meant to address that “middle tier of expertise,” starting with the creation of two snow leopard preserves. From there, He told Bloomberg she hopes to builds hundreds of “urban classrooms” to teach “hundreds of millions” about conservation.—Nancy Young