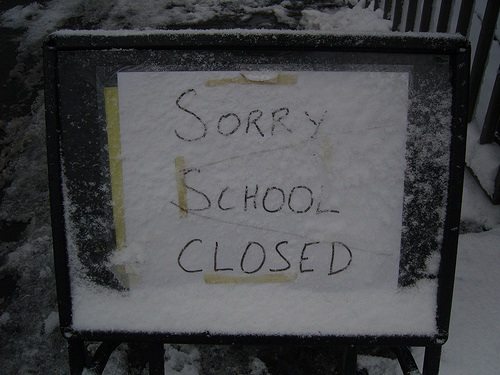 A nonprofit organization that operates out of one of the many schools that will close this year in the District of Columbia, DC Promise Neighborhood Initiative (DCPNI), is struggling with how to continue to serve students in a community that faces school closures due to low enrollment. Ebony states that DCPNI has “become an anchor of support for the Kenilworth-Parkside community in Ward 7,” where a large percentage of D.C.’s lowest-income families reside.

DCPNI has focused on helping community students in the past, but with Kenilworth Elementary on the list to close this fall, the organization is trying the new angle of reaching out to mothers. Studies within the community have found single mothers are in the biggest need of help.

The Opportunity to Learn Campaign has also released an infographic in the past month that compares school closures in New York, Philadelphia, and Chicago, against the demographics of the entire school district. The data has shown how much of an impact these school closings have on black and low-income students and communities. See the infographic below: 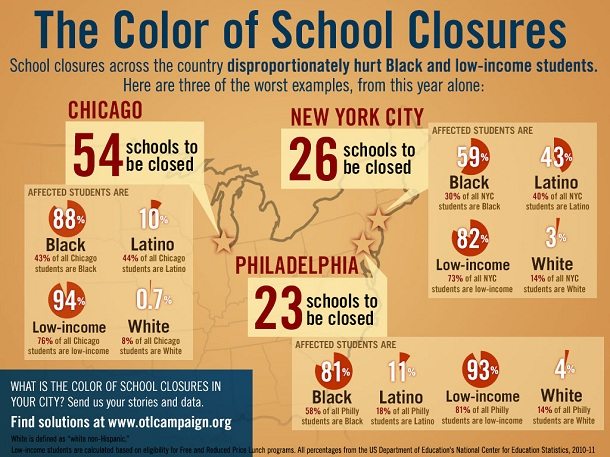 Ebony writes, “School closures are offered as ideal solutions, but when they become realities, like in major cities including Chicago, Philadelphia and Washington, D.C., the most vulnerable are caught in the middle—the students, as well as parents, community leaders and children’s organizations.”

What can the nonprofit sector do to help solve the huge gap in quality education offered in minority communities?—Aine Creedon