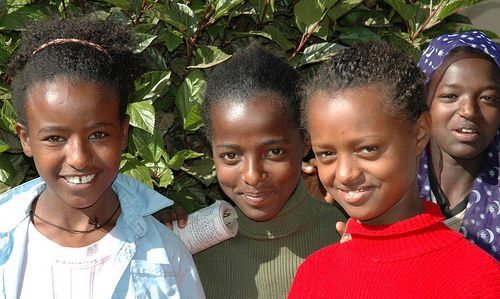 Working with the Brookings Institution, Chelsea and Hillary Clinton will be directing an almost-$600 million effort to help underprivileged girls in Sub-Saharan Africa and Southwest Asia attend secondary school.

U.S. Secretary of State Hillary Clinton announced the project last week at an annual meeting of the Clinton Global Initiative, indicating that more than 30 groups would be participating in the efforts, including the Center for Universal Education at the Brookings Institution, UNICEF, and the MasterCard Foundation, among others. Each of the groups will be involved in deciding how their money will be used in the effort.

The idea first started with Brookings fellow and former Australian prime minister Julia Gillard, who approached Clinton about helping “second generation” girls in troubled countries have an education, according to Jennifer Klein, the senior adviser for the Clinton Foundation’s women and girl’s program.

The initiative will be dedicated to helping nearly 14 million girls over the course of five years by establishing secondary schools in safe environments where these young women can enjoy a quality education. The effort is also meant to support the girls once they graduate from secondary school and move on to a university-level education.

The Clintons’ initiative will join the several other projects already underway promoting the education of disadvantaged girls, particularly in Africa, like the nonprofit Girl Effect. Perhaps the most famous is the Oprah Winfrey Leadership Academy for Girls, opened by Oprah Winfrey in South Africa back in 2007. However, Winfrey’s philanthropic school has not been without controversy. She received criticism for the extravagant nature of the school in impoverished South Africa, and just months after the school opened, there were allegations a female staff member had sexually assaulted some of the girls.

However, despite these controversies, Winfrey, like many other activists and programs, has recognized the importance of focusing on girls and providing them an education. As noted by Jennifer Buffet, co-president of the NoVo Foundation, “If you change the prospects of an adolescent girl on a big enough scale, you will transform societies.”

Indeed, Malala Yousafzai became an international sensation in 2012 after she, 15 at the time, was targeted in her Taliban-controlled district in Pakistan for her refusal to stop attending school. Yousafzai has since become an activist and global icon promoting girl’s rights and freedom to enjoy an education. Moreover, just last week, actor Emma Watson came forward in her speech for UN Women’s #HeForShe campaign, discussing why gender discrimination is particularly harmful in discouraging girls from pursuing education. According to Watson, “15.5 million girls will be married in the next 16 years as children and at current rates, it won’t be until 2086 before all rural African girls can have a secondary education.”

These staggering numbers demonstrate the need for additional effort. Through the Clintons’ initiative, organizations will be brought together for an important cause and also further raise awareness of a worldwide problem.—Shafaq Hasan