Co-Creation, Tension, and the Horizon: An Interview with Darren Walker of the Ford Foundation 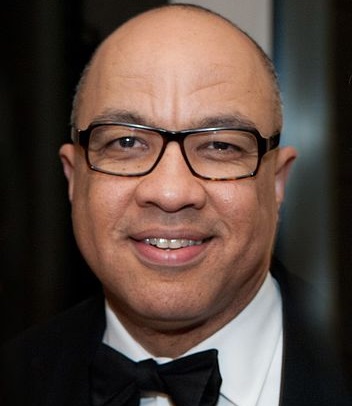 Ruth McCambridge (RM): Darren, you issued a letter to grantees on the one-year anniversary of your appointment as Ford Foundation president. In it, you talked about holding the tension of contradiction in your job at Ford, which is an interesting framework for managing an institution like the Ford Foundation. Do you consciously think about the contradictions in your work day to day?

Darren Walker (DW): This work demands it of you. It requires you to stay conscious of and manage the inherent contradictions of the past and the future, of legacy and new innovation, of what you know and what you don’t know. And, very importantly, there is a real tension in managing an endowment of over $12 billion, where I have to reconcile our need to have a return that ensures that we exist in perpetuity with a desire for significant social impact.

RM: So you’re constantly playing with the resolution of contradictions in a way that tries to reflect a value set?

DW: Yes, and that value set has to guide my actions as its president. Of course, those values are never going to be reflected or represented with perfection in every decision, and so how we manage the demands by the different constituencies we serve is an ongoing challenge. I think that’s an ongoing challenge for the CEO of any organization. But it’s particularly challenging for a mission-driven organization—there are just inherent tensions in managing and leading an institution like Ford or, indeed, like any nonprofit.

RM: Picking up on that institutional values theme, the emphasis in all you’ve written here is very much on social justice and the health of civil society.

DW: As you know, the idea of a vibrant and robust civil society sits at the center of the Ford Foundation’s theory of change—the idea that in a democracy you must have citizen-led institutions that hold the public, government, and institutions accountable and that represent the interest of the people. That’s our ideal now. The state of civil society around the world is of great concern to us because civil society in much of the world is under siege and attack, and there are efforts in many parts of the world to delegitimize and to marginalize civil society in profoundly destructive ways. So the foundation will be placing a priority on strengthening and supporting the voice of civil society and providing resources that fortify and ensure they’re resilient in the face of some very turbulent times.

RM: Is there anything about this particular time that excites you in terms of civil society?

DW: What excites me is how resilient and courageous and bold it appears as we witness civil society spring into action. So, just looking at what happened in Ferguson, Missouri is an example of what happens when you have a vibrant and robust civil society in a democracy and, of course, when you have things like the ability to use social media and to be technologically sophisticated. We saw the results of that. When you see things like that, while the issue itself may be disheartening, the fact that civil society is able to respond so effectively is very encouraging.

RM: Right, so true. You just mentioned technology as it is used in civil society organizing, and in your letter, you also mentioned disruptive technology. Can you talk a little bit about the opportunities in that, and what you see as being some of the threats?

DW: Well, I think the opportunity is that we’re seeing innovation; we’re seeing new tools and new ways of organizing as a result of technology, which holds much promise to strengthen networks and communities. But we also should be very concerned about the promiscuous effects of big data and technology run amuck. What I mean by that is we know that, for example, our notions of privacy are being challenged as a result of innovation and data being available in ways that can be aggregated and can be analyzed to very troublesome effects. And so, when I think about technology today, it’s like the—I think it’s the Roman God, Janus, that had the two faces. It’s like Janus…it depends on what side of the face you look, what time of the day it is, as to how you see it.

RM: Right, and you can be incredibly excited about it and totally terrified of it in the same day.

DW: Within five minutes you can be both exhilarated and paranoid. If I’m to signal anything for you that is new and emerging, I think the area that we are actually placing the greatest amount of new resources is in what we’re calling the “digital society.” This is the only new program that we’ve created thus far, and it is going to be focused on Internet rights and big data [and] privacy. These are all hugely important 21st-century challenges and there’s very little focus on them in philanthropy, even though they are going to be hugely influential in an opportunity and social justice.

RM: Oh, it’s kind of the eye of the storm in some ways…

RM: …and placing yourself within that is a brave act, and you can’t get stuck.

RM: What kinds of things are you imagining that you’re going to take on? Have you already started making grants out of that area?

DW: What are we going to be investing in? I think we’re going to be investing in building support for organizations. Here’s an example: The New America Foundation has something called the Open Technology Institute, which looks at how, in this digital age, we ensure that there is universal access, that we have an Internet that is as Sir Tim Berners-Lee envisioned: one that is open, free, which is a challenge, and where inequities that we see in other parts of our society don’t play out. And so OTI is going to be a very important partner for us. We are working with Mozilla to expand a fellowship program to build human capacity for technology, for the nonprofit sector in particular. Even within the Ford Foundation, I am hoping to bring to the foundation a group of technology fellows who will help the foundation to better understand how as an institution we can use technology, use the tools of technology, and understand the downsides of technology.

RM: So, really, to help sort the issues in an ongoing way—because a lot of those issues do have two sides, as you say. And, of course, ethics always trails technological developments. It’s really a fascinating area.

DW: Actually, this is one of those areas where someone said to me recently, “Well, we should study this further,” and I said, “It’s great for us to study this, but while we’re studying it, there are forces at play who already know what they seek to do, which is harmful.” We have to have a point of view. But, Ruth, the last thing I think is important to mention on this is the need to increase the number of funders engaged in this space, and if there is one thing I hope we can achieve, it’s working in deeper and stronger partnerships with our foundation colleagues—not with Ford leading, but with Ford being a party to a co-creator with our peers in philanthropy. For me, so much of this is about co-creation; it’s about collaboration with other foundations. It’s not about flying the Ford flag or it being led by Ford. The problems that we seek to solve today require co-creation.

RM: Are there any other major new areas of interest the foundation is considering?

DW: Our long-standing mission remains very much the driver of our social justice work, so in that sense, I wouldn’t say that there are going to be big changes in what we work on. The impact of technology and the emergence of digital society stand out because they are truly emergent fields that affect all our lives. But the other work we’ll pursue going forward is more closely linked to things we’ve supported in the past, though we may conceive of it differently. For example, in the past we may have had initiatives on rural livelihoods, job quality, government work supports and safety nets, microfinance and access to financial services—all these things having to do with the social contract and people’s ability to generate income and wealth for themselves. We will continue to work in this space, but more than likely we’ll think of it as one dynamic ecosystem, a set of interrelated issues to be seen at a higher level rather than as individual and separate initiatives.

In Darren’s letter, he asks, as he has previously, in the spirit of what he terms “co-creation,” for feedback about the Ford Foundation and the directions it should be taking. Here is his request, to which we encourage readers to respond:

So I have a favor to ask, and it is a big one. I know how hard it is to speak candidly to a foundation president—I have faced that uncomfortable moment enough times over the last 20 years, both as a grantee and a staff member. And we all know why it is hard—the power dynamics, the stakes, the personality variables. But from my vantage point, nothing could be more valuable. In truth, my single greatest fear is that I am not hearing enough constructive criticism. It is essential to our work together, and I need your input and feedback.