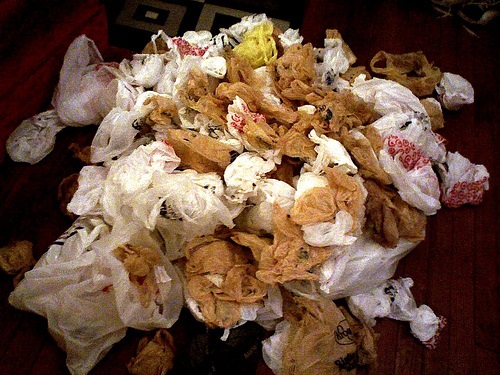 In yet another example of nonprofits resorting to legal action after advocacy and political pressure fail, a coalition of Southern California environmental groups are suing the City of Huntington Beach in Orange County for an inadequate environmental review of the effects of repealing its single-use plastic bag ban.

The groups include Surfrider Foundation, Orange County Coastkeeper, and Californians Against Waste. The action was announced in a press release reprinted in the Orange County Breeze.

“Instead of analyzing the impressive benefits that have resulted from the bag ban since it took effect in 2013, and disclosing how the repeal will reverse those benefits…the City disregarded its duty to investigate the environmental repercussions of its action and voted to proceed with a Bag Ban Repeal Ordinance,” the article says. The coalition claims that the City “failed to review impacts on marine life, water quality and aesthetics from the reintroduction of single-use plastic bags into the environment.”

Huntington Beach’s original local bag ban ordinance was passed in 2013 after a high-profile campaign by local environmental groups. Then, last year, California enacted a statewide plastic bag ban that was set to go into effect in July, but the ban was put on hold before it went into effect—that’s because a coalition of plastics companies and bag manufacturers secured enough signatures to put the ban to a referendum vote in November 2016, meaning it is, by law, on hold until then.

Huntington Beach is the only local government in California to repeal an existing single-use plastic bag ban while the state waits for the outcome of next year’s vote. The lawsuit will be brought under the California Environmental Quality Act.—Larry Kaplan