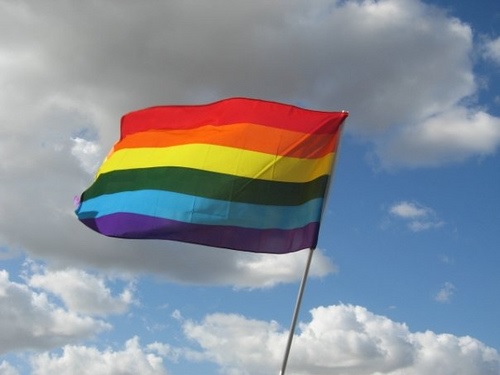 A study published in Science magazine late last year found that peoples’ opinions about gay marriage could be changed by canvassers over the course of one conversation if the canvasser was speaking as a gay or lesbian person and if they used their own experiences and asked about the personal experience of the individual being canvassed. I admit when I heard the results of this study, which was well publicized, it caused a little thrill…but also just a small bit of skepticism—feeling a bit too cozy and too good to be true.

The paper, entitled “When contact changes minds: An experiment on transmission of support for gay equality,” was written by Michael LaCour and Donald Green. It was covered extensively by such outlets as This American Life, the New York Times, the Wall Street Journal, the Washington Post, the Los Angeles Times, Science Friday, Vox, and the Huffington Post.

But now we hear that that the data may have been faked by LaCour, with Green accepting the data on faith. After two graduate students wrote a report on missing data, Green has now issued a retraction on Retraction Watch.

This is, as retractions goes, fairly quick turnaround. David Broockman, one of the students who blew the whistle, explains on Retraction Watch why they moved so quickly to cast doubt on the findings:

“I think there’s a couple reasons why. First, the study’s findings had huge implications for people who were trying to advance the cause of equality and have changed how advocates do their work. Every minute we knew the truth and did not disclose it really was a lie by omission to the advocates out there. There was some element of time sensitiveness. Second, the nature of the claims made in the article about the scope of the study—the survey’s scale, its funding, the number of bills that would have to have been incurred to pay for it, etc.—meant that we expected it would have been straightforward to produce at least one piece of evidence that something among these many claims occurred that would inject a shred of doubt into the suspicions. I would guess that Don realized that if not one such piece of evidence could be mustered after 48 hours it was very unlikely that anything satisfactory was going to ultimately materialize.”

In Andrew Gelman’s article about the incident in the Washington Post, he says he had come up with a plausible theory about what might have been at play in the findings when he still believed they were true—albeit startling—which was very like my own thoughts about the whole thing:

“Public opinion on same-sex marriage and other gay-rights issues has been very fluid during the past 15 years, especially so during the period of the survey. Lots of Californians were going to change their opinion to be more favorable to gay marriage, and average opinions were moving steadily in this direction. The experimental condition kicked people faster along this path….That is, I see the effect of the treatment not as shifting people’s attitudes but rather as changing the timing of attitude shifts that were in the process of occurring.”

Gelman says, “It’s an interesting aspect of science, that we can work hard and come up with stories for anything. Indeed, I published a political science paper several years ago that I later retracted, not because the data were faked, but because we had miscoded one of the variables, and it completely destroyed our analyses and conclusions. So these things happen. Another example would be the ‘cold fusion’ fiasco from 1989, where physicists jumped to explain the stunning experimental results. Lots of theoretical ideas, then it turned out the claimed results never happened. But that’s the way theory goes: you stretch your ideas to explain the unexpected, then see what happens next.”—Ruth McCambridge