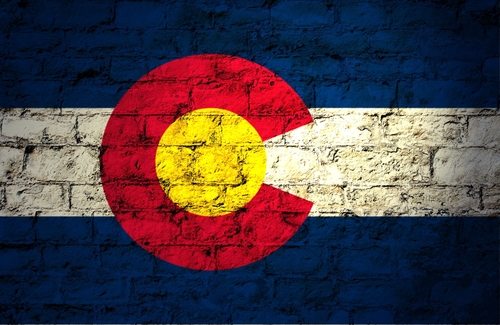 The Colorado Independent was slated to be shut down early last year by the American Independent News Network (AINN), which funded it. But reports of the demise of the fiercely independent Independent appear to have been greatly exaggerated.

AINN is a nonprofit network of local news sites with a left-of-center perspective, focused on government and politics. Founded in 2006 as the Center for Independent Media, at its peak it was a network of a half-dozen state-based sites, but cutbacks kept eating away at their numbers.

But leaders at the Independent wouldn’t give up, and it stayed afloat by raising money from two local foundations, revamping its staff, and updating its web presence. Editor Susan Greene, a former Denver Post reporter and columnist, tells Nieman that, with increased readership and plans to expand staff, the Independent is positioned to continue to grow.

Since its relaunch last year, Greene tells Nieman that it has been able to better focus its coverage on Colorado and not deal with corporate politics in Washington: “It wasn’t managed out of Colorado, and it needed to be managed in Colorado.”

Although the Independent has become editorially independent, AINN still serves as its fiscal sponsor and will do so until it gets 501(c)(3) status from the IRS, which is a lengthy process for nonprofit journalism outlets. But Greene is confident it will come, because they don’t sell ads or subscriptions, which have in the past been a sticking point in getting new applications for such sites approved. Meanwhile, contributions to the site are technically made to AINN, a common fiscal sponsorship practice.

For its part, reports Nieman, AINN hasn’t posted new content on its website since September of last year, and it appears that the staff is gone. David Brock, who is on AINN’s board, told Nieman that the board plans to revive the organization, but was not more specific.

Most of the Independent’s funding since it relaunched has come from the Gill and Bohemian Foundations, both local and both previous supporters. Greene said they have also secured “sizable grants” from the Zell Family and Douglas H. Phelps Foundations, in addition to “dozens of individual contributors.” She did not tell Nieman how much they had raised, but said the site is “within our budget, we’re paying our bills, and planning on growing actively.”

But the Independent has other problems. It was denied credentials to access the floor of the state legislature during the 2014 session because of its backers. A committee of Colorado capitol correspondents rejected requests from the Independent repeatedly. Joe Hanel, a correspondent for the Durango Herald, complained that the Gill and Bohemian foundations have longtime ties to the Democratic Party and are “credited widely with being indispensable in flipping the state House and flipping Colorado from a red state to a fairly blue state right now.”

“The Independent has been a vehicle to advance a partisan agenda for several years now,” he told Nieman.

The Independent is waiting on a decision from the president of the state Senate and the speaker of the state House on whether the news outlet will be credentialed. Greene says the site’s staff, which includes former Denver Post and Rocky Mountain News reporters and a bunch of freelancers, shows that the Independent is committed to nonpartisan journalism. The Washington Independent, which used to be AINN’s national news site, faced similar problems getting congressional credentials a few years ago, reports Nieman.

As more and more news organizations go the nonprofit route and begin to rely on philanthropic support, this may become an issue; while many funders are viewed as being non-ideological, some have well-known political bents, especially if they are high profile individual major donors. The question will be whether the public, politicians, and opinion leaders regard this potential “compromising” of these organizations’ journalistic objectivity as playing any more of a role than the influence of the big commercial advertisers who have traditionally supported and influenced American media, both print and broadcast, since the dawn of mass communications. As Jay Rosen says, there is no such thing as “no point of view,” so just own it!—Larry Kaplan