What’s Next for Civil Society in the EU? 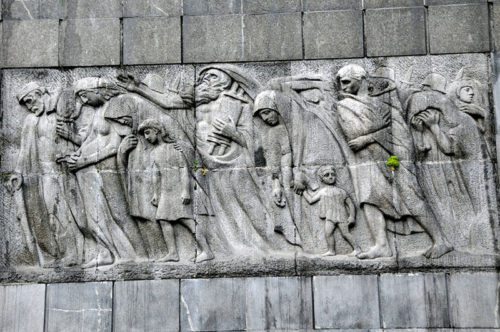 As anti-democracy forces roil the West, there’s an increasing focus on what civil society and the European Union should do to counter the tide. What comes next at a time when leaders in Poland and Hungary are threatening the rule of law and even France is restricting protest?

In May, European leaders pushed back against Hungary’s crackdown on civil society as the EU parliament condemned the country’s “serious deterioration of rule of law and democracy” in an official resolution.

“Hungary is far from the only offender,” scholar Alberto Alemanno noted in Bloomberg. “Romania and Poland have enacted new laws that restrict funding to non-governmental organizations from both domestic and foreign sources. Anti-money-laundering and anti-terrorism legislation is being used by both countries, along with Bulgaria, to limit funding and impose additional, burdensome requirements on CSOs (civil society organizations). And it’s not just the former east bloc: France, Austria and Spain now severely limit the right to protest including collaboration with third-party nationals and restrictions on where to protest (not close to buildings such as parliament or the seat of regional government).”

Earlier this month, EU officials also criticized Poland’s administration over a new law allowing parliament to appoint judges, arguing that the change will politicize the justice system and undermine the separation of powers, according to the BBC.

Although the legislation prompted one of the largest protests in Warsaw since the ruling party came to power in 2015, Alemanno argued that civil society organizations across the EU can do more:

Meanwhile, CSOs themselves are also not helpless. First, both civil and economic freedoms granted by EU law can be invoked before both domestic courts and national administrative authorities. If CSOs start thinking about the breaches they face in market restriction-terms, they are likely to win protection. That is how the European Court of Justice has been able dismantle economic obstacles faced by trade operators and enforce their rights.

Second, the EU provides an arsenal of tools that can be mobilized to force EU institutions themselves to take action, ranging from requests for access to documents, petitions to the European Parliament, or complaints to the EU Ombudsman.

As NPQ has reported extensively, civil society is under assault around the world. In a study from the Carnegie Endowment for International Peace, Saskia Brechenmacher noted that “between 2014 and 2016, more than 60 countries restricted citizens’ freedom of assembly and civil society’s ability to access funding.”

But the circumstances on the ground vary widely, from Egypt to the EU, and even European nonprofits may lack the resources to fight back, as Alemanno acknowledged:

Of course, concerted action by the CSOs requires strategic skills, legal fluency, resources and a road map that many lack. Those resource constraints and lack of expertise empower national authorities to keep them weak. But by banding together and calling on outside expertise both within their own countries and internationally, the CSOs can leverage on the existing EU constitutional and institutional framework to fight back against repression.

A successful example of this type of leverage was highlighted recently when the George Soros-funded Central European University in Budapest came under threat from the administration. Legislation passed by the right-wing Fidesz government as part of their self-proclaimed “spring offensive” put the popular University at risk with tighter regulations.

Thousands of young people protested the new law targeting foreign universities, which was seen as an authoritarian attack on academic freedom, and many called for the EU to respond. Orbán’s political party saw a sharp drop in voter support following the widespread protests, according to Politico.

EU leaders put Hungary on notice and New York Governor Andrew Cuomo then entered negotiations to help keep the institute operating. With the world now watching, CEU announced plans for the 2017-18 academic year and Cuomo recently reported that the talks are progressing.

Alemanno noted that there are funders standing by and so there’s room for optimism: “There are a number of organizations—including the dozens of foundations gathered in Warsaw that have pledged to support CSOs via the Solidarity Fund, the EU Fundamental Rights Agency, and leading NGOs such as Liberties and the public interest skill-sharing community The Good Lobby—that can assist by providing legal expertise and other support. And if these organizations can strategically use EU law in the national courts, and eventually the European Court of Justice, to fight back, then maybe the EU itself will be emboldened to take a stronger stand.”—Anna Berry