Coming in 2013: The Nonprofit Smartphone 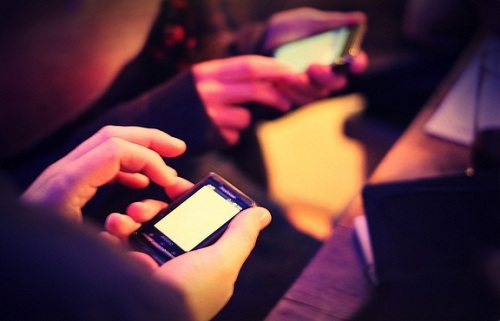 If you own a smartphone, chances are it is running on one of these operating systems: Apple’s iOS, Google’s Android, Research In Motion’s BlackBerry OS, or Microsoft’s Windows Phone. Perhaps you might be using Nokia’s Symbian, Samsung’s Bada, or Hewlett-Packard’s webOS. All of these mobile device operating systems are the creation of for-profit companies, but a nonprofit player will soon be joining the fray.

Mozilla, the force behind the popular Firefox Internet browser, has announced that 2013 will bring the advent of the Firefox OS, which will be built on an open source platform. Other mobile operating systems, such as Google’s Android, are also open source (though some dispute just how open the Google architecture is), but Firefox OS will deliver the first widely accessible “nonprofit smartphone” in the sense that it is a product of the Mozilla Foundation.

The Mozilla Foundation lays out its vision in a document known as “The Mozilla Manifesto” which includes 10 core principles and a five-point pledge. The manifesto is worth reading in its entirety, but the overarching aim is to ensure that the Internet will “benefit the public good as well as commercial aspects of life.” Other operating system makers would probably not do well with their shareholders if they placed such an emphasis ahead of maximizing profit (note that the tax-exempt Mozilla Foundation has a taxable corporate subsidiary, the Mozilla Corporation, but the corporation is 100 percent owned by the foundation and all profits are invested back into the Mozilla project).

It remains to be seen whether consumers will choose a Mozilla smartphone over popular offerings from Apple and Google. Forbes notes that Mozilla’s strategy with its Firefox OS phones will be to go after “emerging markets partly because it has a better chance of its alternative operating system catching on in places where people are trying smartphones for the first time.” Another distinguishing feature for Firefox OS will be that it will run HTML5 apps (as opposed to the “native” apps common to the iPhone and Android), a move that Forbes states will “lower the price point for entry-level smartphones in emerging markets.”

Eventually, however, Mozilla may have an advantage over “walled garden” systems like the iPhone in that, as more operating systems proliferate in the future, the ability to play nicely with others may become more important to consumers, and HTML5 (the best bet to slay “native” mobile apps) fits that bill nicely. We can think of one other thing that Firefox OS has going for it. It may not entice die-hard iPhone or Android users to switch, but isn’t there something cool about a smartphone made by people on a mission other than the highest possible profit? –Mike Keefe-Feldman