Common Cause Calls on Obama to Pull Plug on Nonprofit 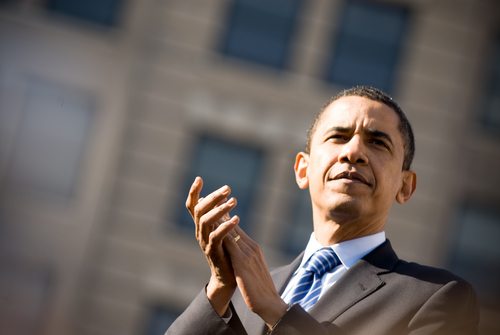 Stating that the nonprofit that was born out of President Barack Obama’s reelection campaign, Organizing for Action, essentially provides paid access to the president for donors, Common Cause, a watchdog group dedicated to greater transparency and accountability, called for the president to shut it down. Common Cause President Bob Edgar said, “If President Obama is serious about his often-expressed desire to rein in big money in politics, he should shut down Organizing for Action and disavow any plan to schedule regular meetings with its major donors. Access to the president should never be for sale.”

The reaction from Common Cause comes in the wake of a New York Times report that the nonprofit formed from the president’s Obama for America reelection campaign committee will get “at least half of [its] budget…from a select group of donors who will each contribute or raise $500,000 or more, according to donors and strategists involved in the effort.” The White House continues to stress the independence of Organizing for Action and has referred questions about fundraising to the nonprofit. That response is seen as a bit thin in many circles, and Edgar’s statement calls it “laughable.” Here is more from Edgar’s statement:

“Organizing for Action’s organizers have indicated the group will accept unlimited donations from individuals and corporations alike. The group has promised to disclose its donors but will release only limited information about their gifts, placing their donations within dollar ranges rather than revealing specific amounts.

President Obama’s backers should go back to the drawing board. The President may feel that he needs help from an advocacy organization outside the White House and the Democratic Party, but any group he creates should be fundamentally different from what we now see in Organizing for Action.

At a minimum, any outside advocacy organization tied to the President should live by the ground rules the President has adopted for his Administration and the anti-corruption laws that apply to political parties. That means any group associated with the President should refuse all donations from lobbyists, corporations and unions, provide complete and prompt disclosure of all its donors and the amounts they contribute, and impose an annual limit of $32,400 on the amount of money it will accept from any individual or political action committee.”

NPQ is pleased, but not surprised, to see this statement from Common Cause, a group generally thought of as center left. Other major voices protesting this setup have been Republican, but on a matter like this, concern should be voiced on principle rather than on partisanship. –Ruth McCambridge