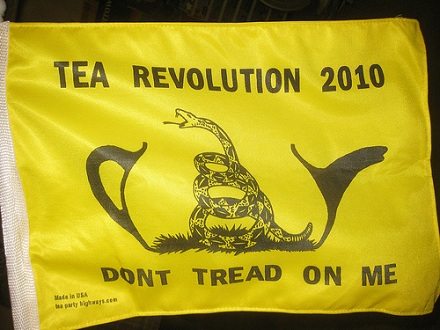 Like we do at the Nonprofit Quarterly, Rob Kall at OpEdNews has consistently paid attention to the two big, controversial socio-political movements of the past few years: the Occupy Wall Street effort and the Tea Party. In this OpEdNews commentary, Kall spotted some themes in a recent Tea Party multi-party email that suggested to him that there were some areas of potential overlap and joint action between Tea Partiers and progressive political activists like himself and much of the OpEdNews readership.

His general position is that progressives and Tea Partiers share a fundamental disgust with the traditional two-party political system in the U.S., which he sees as aligned with “corporatism.” Kall offers a list of topics which might be common ground for Tea Partiers and progressives, including:

-globalization effects on US industries and jobs

-The failure to prosecute banker and finance company criminals.

-The aggressive attack on a prosecution of Whistleblowers.”

The progressive critique was that the Tea Party was really an AstroTurf movement propped up and funded by the Koch brothers and other right wing financiers. Even if Koch money was filtering down to some of the Tea Partiers, the local Tea Parties turned out lots of people for rallies and events around the country and upended several establishment Republican office-holders. However, Kall’s pitch to the Tea Party may be a call that no one of credibility and leadership is about to answer.

While the Tea Party’s ire was often directed against establishment corporate institutions, particularly (and like Occupy) Wall Street, remember its motivating impulse. It was CNBC reporter Rick Santelli’s meltdown on the floor of the Chicago Board of Trade, a Howard Beale-like moment in which he complained about homeowners—he called them “losers”—who were going to be bailed out of foreclosures by government action. At the core of the Tea Party, at its Rick Santelli origins, is an antipathy to people in need, a generic Reaganesque complaint about “welfare queens” or a Romney-like complaint about the 47 percent of the population that doesn’t pay income taxes.

Although the Tea Party started with a “pox on both your houses” approach to the two political parties, it focused its electoral activity at reforming the Republican Party, ridding it of RINOs (Republicans in Name Only). It ousted several well known establishment Republicans, starting with former Utah Sen. Bob Bennett, giving Utah Sen. Orrin Hatch a run for his money, and turning out six-term Indiana Sen. Richard Lugar. But the Tea Party stayed Republican, and with the help and guidance of entities such as FreedomWorks, chaired by former House Majority Leader Dick Armey, it has gravitated much more to the mainstream of the GOP—or perhaps the GOP has drifted ever closer to its extreme right wing Tea Party element.

The final trend in the evolution of the Tea Party has been its transformation from a secular, populist movement to something closer to the religious right. That actually might be the most disappointing part of the Tea Party movement as it now stands. Despite its allegiance with the Republicans, if it had remained relatively secular, it would have presented something of a Paul Ryan “big idea” challenge to the Democrats and fomented a productive debate in this country about the roles and financing of government. But scratch the Tea Party surface now and you’ll find the resurgence of the belief in the supposed Christian motivations of the nation’s founding fathers and increasing opposition on social issues such as gay rights and protection for women (see the candidacy of Todd Akin in Missouri).

If the Tea Party were true populism, an attractive but dangerous streak throughout history, maybe Kall’s suggestions would find some traction and progress, but we don’t think so.—Rick Cohen