Communities Rally to Save the Future of Closed Boy Scout Camps 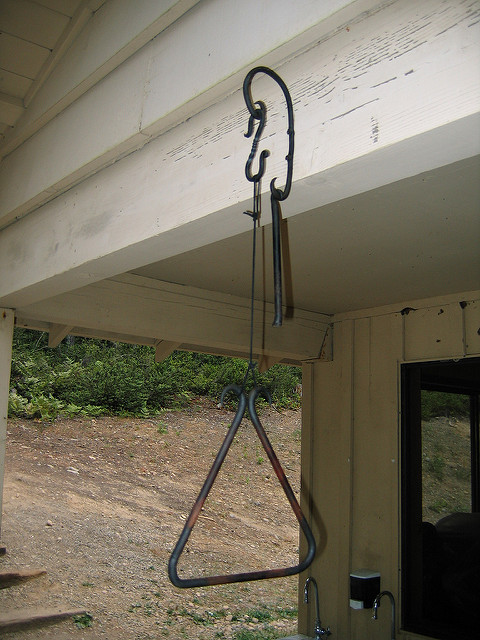 Citing issues of declining membership and rising costs for upkeep and operations, the Pacific Harbors Council of the Boy Scouts of America recently closed four of its camps in Washington state. Those camps include Camp Curran in Pierce County, Camp Delezenne in Grays Harbor County, Camp Hahobas in Tahuya in Mason County and Camp Kilworth in Federal Way. One location, Camp Thunderbird, remains open.

Parents and the scouting community are frustrated by these recent closures, in which they don’t feel they had a say. The Council is looking at all viable options to either sell, or log the land, to help make up for its operating deficit. However, Camp Kilworth may not be sellable per the way it was deeded to the Pacific Harbors Council.

A similar issue took place last fall in Massachusetts with the Cape Cod and Islands Council of the Boy Scouts of America. The council proposed the sale of a scout camp, Camp Richard, located on Nantucket. According to the Boston Globe, the Nantucket Civic League donated the land, beginning in 1950, for Boy Scout activities including scout camps. If Boy Scout activities cease to take place on the land, the property would need to be returned to the Nantucket Civic League. The Pacific Harbors Council faced this same issue about Camp Kilworth back in 2009, when the Washington State Supreme Court upheld the tenets of its deed. That deed stated that should the property no longer be used for Boy Scout activities, the land now used for Camp Kilworth would revert back to the family or its heirs. In anticipation of that ruling remaining in effect, a new group has formed, Friends of Camp Kilworth. So far, the group has set up a Facebook page and an online petition that has 500 signatures.

If Friends of Camp Kilworth continues to gain support, they may want to take their cues from the Baden-Powell Northwoods Experience. This group, which was formed in response to the closure of two Boy Scout camps in northern Wisconsin, received its 501(c)(3) status in 2015. Similar to how things have played out in the closing of the Pacific Harbors Council, many in northern Wisconsin were surprised by the announcement that LeFeber Northwoods Camps and Camp Robert S. Lyle were going on the market. The Three Harbors Council stated, in a letter posted on the Boy Scouts of America website, that it purposefully did not solicit input from its members, outside of a specially formed Camping Task Force. The Council felt that involving members outside of the Camping Task Force would decrease the likelihood of reaching a decision.

As a result, the Baden-Powell Northwoods Experience board of directors was formed. Currently, the board has six members, most of whom are lifelong scouts themselves. According to a phone conversation with Jaron Tauschmann, Vice President, and Crystal Grayle, Secretary, the group worked to raise $2.5 million in pledges last year and approached the Three Harbors Council with a lease proposal for LeFeber. Baden-Powell Northwoods Experience decided to focus more on LeFeber because it has more buildings on the property than Camp Lyle. However, the council declined the offer. The council’s ultimate goal was to sell the northern camps and use that revenue to focus on maintaining and operating the two Cub Scout camps in the southern part of the state. As a result, LeFeber was sold to a logging company.

Refusing to give up, the Baden-Powell Northwoods Experience board met with the logging company, which has agreed to lease the camping areas and keep the scout camp running for the summer of 2016. However, because the agreement is for a lease and not a sale, some of the donors that had pledged are unable to give their pledged amount. (Some of the pledged donations were from conservation groups, and it would be conflict of interest to support the lease as the land is owned by a logging company.) However, conversations between the logging company and Baden-Powell Northwoods Experience continue to work towards an eventual sale.

“Our goal is to establish a camp that is not only for the Boy Scouts, which is our core audience, but also for other groups like the Girl Scouts, The Boys & Girls Club, and church youth groups,” said Grayle.—Kelley Malcolm