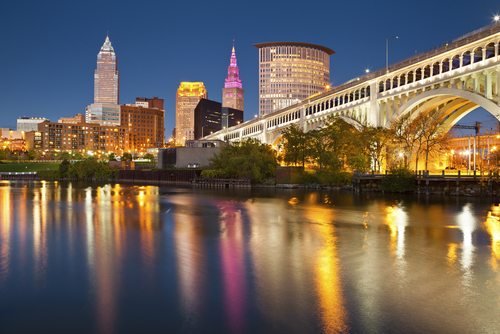 On July 2, 2012, in Cleveland, Ohio, a rare scene took place. A Republican governor, a Democratic mayor, a union president, GOP and Democratic members of the state legislature, business leaders, and state and local school officials gathered together to celebrate an initiative they had created together. The occasion was the signing into law of the Cleveland Plan for Transforming Schools, a hard-fought, long-sought effort to reform public education in Ohio’s second-largest city.

Also there that day were the catalysts for that remarkable day of reform and cooperation, the Cleveland Foundation and the George Gund Foundation. The foundations, through their commitment to active advocacy on behalf of an issue of deep concern to their city, had done the improbable: They had united their state and their community behind profound social change. (That wasn’t all; the Cleveland Foundation then went out and helped win passage of a tax plan to pay for it.)

As our nation’s political system continues to stall, cash-strapped states and metro regions are struggling to meet the basic human needs of their residents. But no matter how committed foundations are, private dollars can never come close to replacing public resources. In Ohio and elsewhere, public policy decisions determine the fate of communities, which means foundations and their grantees must embrace their role as catalysts for change and employ every advocacy tool at their disposal.

This year, the field of community philanthropy is celebrating its 100th anniversary by questioning long-held assumptions about what works and which philanthropic practices will best strengthen communities in an ever-changing world. As community foundations pause to consider their “second-century” role, we believe it is worth reminding the field about its history, if not mandate, to advocate in the public interest.

A century of bold civic leadership

In 1914, visionary lawyer and banker Frederick H. Goff founded the Cleveland Foundation, the world’s first community trust. In so doing, the Foundation’s website recalls, Goff “upended the prevailing belief that philanthropy was the exclusive province of the wealthy. His concept of a community foundation endowed and managed by the members of a community for the benefit of a community was much more democratic.”

The Cleveland Foundation’s dynamic centennial timeline makes it clear: Goff’s progressive vision was not to create a neutral charitable bank, but to do big and important things. As the Foundation’s first act, even before it had funds for grantmaking, Goff launched a series of ambitious civic surveys that “prompted public indignation and political confrontations that led to much needed overhauls of Cleveland’s systems of public education, recreation and criminal justice.”

Over the decades, the Cleveland Foundation has continued to exert influence to shape public policies and practices, most often as a partner, sometimes quietly, other times loudly in the public square. For example, in the ’60s, the Cleveland Foundation offered technical assistance and resources to Carl Stokes, the city’s first African-American mayor. It helped Mayor George Voinovich reform the city’s finances in the ’70s and commissioned a study of the region’s fragile performing arts in the ’90s that spawned a 10-year campaign to secure a public funding stream for the arts.

Unlike private foundations, community foundations can endorse ballot measures, which empower ordinary citizens to decide policy issues. The Cleveland Foundation worked vigorously for the 2007 passage of a countywide cigarette tax, which to date has generated more than $112 million for 237 arts and culture groups. The Foundation also routinely assists with local health and human services levy renewals that provide the bulk of funding for vital county programs serving infants to seniors.

The Foundation clearly has not shied from taking risks and encouraging others to also take a stand in pushing needed policy changes. Since 2006, through its regional association of grantmakers, the Foundation and nearly 30 other Ohio funders joined forces to improve state education policy. As its president Ronald Richard noted in a city address, “Grantmaking is the most visible aspect of our work, but we also are known as a public policy advocate, a think tank, a trusted adviser, a strategic investor, a partner, a facilitator, a catalyst, and a convener.”

What role does your community foundation play?

Because of their central role in the lives of their regions, foundations must become even more active participants in the policymaking process. This work requires strong civic partners and informed community residents. As public charities, community foundations have broad legal latitude to not only support and build local advocacy capacity but also to engage in direct lobbying themselves. An Alliance for Justice interactive map highlights different public policy work supported by community foundations across the country.

Obviously, the nature of each community foundation’s public policy work will vary depending upon its asset mix and community context. Those with more flexible funds like the Cleveland Foundation have greater ability to pursue a robust policy agenda. To raise unrestricted dollars to support this work, community foundations in Baltimore, Rhode Island, San Diego, and Seattle, among others, are following the example of the Boston Foundation in establishing a Civic Leadership Fund.

All foundations can and should do more to support the grassroots advocacy groups and coalitions that give voice to our most vulnerable community members. As trusted community advisors, community foundations of all types can also tap their local knowledge, reputation, and relationships. Often, the greatest lever is the one used quietly, behind the scenes. It’s the board member who places a well-timed phone call to a legislator. It’s seeding planning committees to influence policy before bills are crafted, or loaning staff to public sector initiatives.

What more can your community foundation do to preserve or improve vital local services?

Our hope is that community foundations will engage their staff, boards, donors, grantees and residents to ask, “What is the one step we can take during our centennial year to deepen our engagement in public decision-making processes that impact the communities we serve?” Here are just a few possibilities:

Ronald Richard said it best in Here for Good: Community Foundations and the Challenges of the 21st Century: “We are at an inflection point—socially, politically, environmentally, fiscally, and perhaps even morally. With this shift of government responsibilities, it seems clear that leadership will have to come not just from stymied politicians, but from the community at large. Community foundations are trusted stewards of philanthropic resources, viewed as honest and objective brokers on issues of public concern. With money and credibility, foundations have the ability and influence to make a powerful impact.”

Abby Levine is the Legal Director of the Bolder Advocacy initiative of Alliance for Justice, which provides nonprofits and foundations with resources to help them use advocacy as a strategy for achieving their missions.

Marci Bernstein Lu is a philanthropy consultant with Alliance for Justice who spent a decade as a program officer at The Cleveland Foundation.