Community Health Centers Will Explain Obamacare to Much of Public 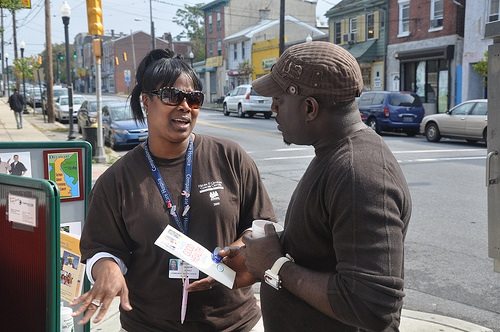 Community health centers—the vast majority of them community-based nonprofits—will be playing a larger role in Americans’ healthcare when the federal health reform law is fully implemented in January, reports the Baltimore Sun.

“The Affordable Care Act [also known as Obamacare] includes $11 billion to be awarded to community health centers over five years to build new clinics and expand existing ones. By 2015, the health centers are expected to double the number of patients they serve to 40 million,” says the Sun.

Health clinics across the country will see an influx of new clients, most of them low-income and previously uninsured, who will have access to insurance, and therefore have the ability to seek healthcare. In addition, existing patients will come more consistently once they have insurance, rather than just for emergencies or major illnesses.

Most experts say the biggest increase will initially come from the expansion of Medicaid. Nonprofit community-based clinics, like the one profiled in the Sun article, will provide much of the healthcare services for low-income Americans across the US. Much of their funding comes from Medicaid and Medicare reimbursements, along with significant support from local municipal and county health agencies, and contributions from institutional foundations and major donors.

In Maryland, state officials estimate that one-third of 750,000 uninsured Marylanders, which includes 25 percent of those treated by community health centers, will gain coverage under Obamacare. Those eligible for Medicaid will gain coverage through an expansion of the program. Those who buy insurance on a state exchange with premium subsidies will be able to do so beginning in October.

The clinics say outreach will be critical in reaching the vulnerable populations they serve. Studies have shown many Americans are unclear about the details of health reform and how it will benefit them. Many of the clinics are beginning to prepare for an influx by hiring staff and recruiting workers to do outreach and education. The U.S. Department of Health and Human Services is giving tens of millions in grants to health centers and community-based healthcare advocates to educate and enroll the uninsured. Many centers are also expanding facilities.

In Los Angeles, for example, Worksite Wellness LA will be on the front lines of educating low-income, primarily immigrant populations about the new options Obamacare will bring. Worksite Wellness goes into non-unionized workplaces to educate workers about their healthcare options, providing information and referral services to local clinics, assisting them with enrollment in MediCal (Medicaid), and general preventative health information. It expects that a large portion of its target population will now be eligible for Obamacare, and gain greater access to healthcare services because of that.

The Sun points out that “the changes also have the potential to alter the business model of health centers so that they have more resources. [They] survive now by stitching together grants. Reform will enable clinics to charge [for more] specific services through insurance.” This will enable clinics in Maryland and elsewhere to leverage more grant money and private dollars, although they will continue to have to treat some uninsured as part of their missions. For example, undocumented people won’t be able to enroll in Obamacare.

Community healthcare is one of society’s basic functions that is generally provided by government agencies in much of the industrialized world, but primarily outsourced to private, community-based nonprofit service providers in the US in a decentralized manner. These service providers—clinics and education/advocacy nonprofits across the country—will be as challenged as traditional healthcare providers, like physicians and hospitals, to wade through the unchartered waters of Obamacare and figure it out as they go.—Larry Kaplan