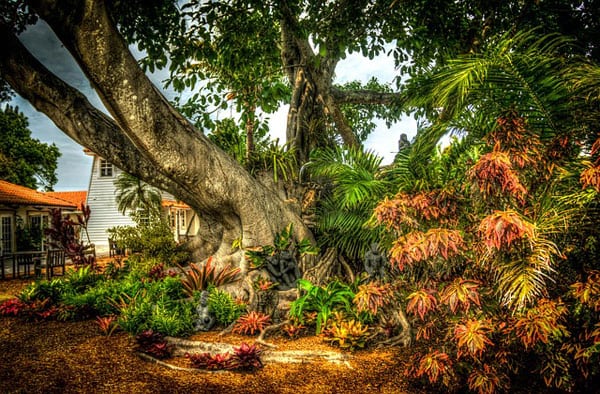 “With affordable housing in high demand, the community land trust (CLT) model is taking hold in South Florida,” writes Deirdra Funcheon in Bisnow South Florida. As Funcheon puts it, with a community land trust, “typically a nonprofit owns land in perpetuity, while the person or entity controlling the home or apartment building on top of it is given a 99-year lease, which is renewable and essentially confers the same benefits as ownership. If the building is sold, it’s with contingencies—at only a slight profit, and to another low-income qualifying person or people, thus keeping the property affordable for generations.”

NPQ has covered the growth of community land trusts in the Northeast (including such cities as Philadelphia, New York, Baltimore, and Washington DC), in Buffalo, and in the San Francisco Bay Area, as well as start-up efforts in Denver and Asheville. Florida community land trusts are less visible on the national scene, but the Sunshine State quietly has maintained one of the more effective CLT programs in the nation.

Land trusts are not new to Florida. The Florida Housing Coalition has maintained a “Florida Community Land Trust Institute” program since 2000. This is notable since many, if not most, state affordable housing coalitions still lack such programs. In 2015, the Coalition published the third edition of its Florida Community Land Trust Primer, a 100-page-plus guide on community land trusts that includes a model ground lease that nonprofits can use.

Ross also recommends nonprofits acquire land in areas that are not gentrifying. “You might have an area that’s depressed now. Get some of that land into community land trusts,” she advises.

One prominent Florida CLT, notes Funcheon, is the South Florida Community Land Trust, based in Fort Lauderdale, which has created 63 affordable units. Funcheon adds that, “In the Florida Keys, a donor concerned about the lack of workforce housing in the wake of Hurricane Irma gave $1 million to start a community land trust that completed its first home last week.”

Funcheon focuses, however, on a new nonprofit, formed in 2016, that just acquired land for its first three community land trust properties, called SMASH (Struggle for Miami’s Affordable and Sustainable Housing). One of SMASH’s founders is Adrian Madriz, who was a nonprofit employee who got an apartment in the historically Black working-class community of Overtown. Madriz tells Funcheon that what he saw there when he moved in “broke my heart and really changed my life. People [in the neighborhood] weren’t able to take showers because sewage had backed up into the tub—there were two inches of raw fecal matter.”

Madriz’s first response was to team up with residents to organize, file complaints, and force slumlords to make repairs. SMASH was born and campaigned to “Smash the Slumlords.”

SMASH had victories, but as Funcheon notes, success in shutting down slumlords left a problem: “Where to move tenants so that the run-down buildings could be updated or razed?” Ultimately, Madriz says that SMASH realized that “for anybody to take us seriously, we would have to develop something ourselves.”

It’s taken two years, but SMASH has now secured land and plans, Funcheon writes, to build a small, two-story building with three units, which will become the first three units of housing in the CLT they are developing. “One will be an affordable, two-bedroom, two-bathroom unit for a family that has lived in poor conditions….The second unit would be a two-bed, one-bath that would house four homeless LGBT youth. And the last unit would be a three-bed, two-bath rented at market rate, $1,600 a month.”

Ross notes that CLT models in the state vary, but most are set up with contracts that oblige homeowners on trust land to sell for a restricted price—usually one-to-two-percent appreciation per year—to another income-eligible family.

“[CLTs are] a vehicle for taking land out of the speculative market. You are basically preserving land in perpetuity for affordable housing,” Ross says. “Whatever is built is going to remain affordable for one family after another for generations to come.” Ross notes that CLTs have been created from Sanibel to Palm Beach. In high-cost areas, she adds, community land trusts are better than renting because you pay a fixed amount per month and get equity back when you sell.—Steve Dubb