Conflicts of Interest and a “Memo of Frustration”: A Community College Foundation Finds Itself in a Mess 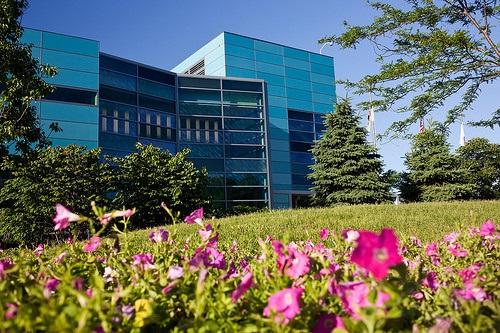 It’s NPQ’s position that it is best, wherever possible, not to do business with board members. If, for some reason, it is just the undeniably best possible option to do so, great care must be taken to document how you made that determination. Bidding the job well is probably a good procedural step, especially when and where required.

But at the College of DuPage Foundation, six of its currently 20-member board have done work under contract with the foundation. (It would have been eight, but two of those in question, both attorneys, have recently resigned the board.)

Custom reprints are a powerful and strategic way to share your article with customers, employees and prospects.

The YGS Group provides digital and printed reprint services for Daily Herald. Complete the form to the right and a reprint consultant will contact you to discuss how you can reuse this article.

“The contracts that have been given to individuals who later may have become foundation board members—or who were then foundation board members—have all been competitive,” said college trustee Dianne McGuire, talking to members of the press at a meeting called for the media. But trustee Kathy Hamilton comments, “Some $200 million in no-bid contracts for insiders is quite enough to know that the relationship will require new thinking.”

One of the contracts in question was for more than $630,000 and was not bid out. The contract went to Herricane Graphics, of which board member Carla Burkhart is president, to design signs for COD. In the contracts, Burkhart is repeatedly and inaccurately referred to as an architect. (For her part, Burkhart has said she never claimed to be an architect. COD officials say they used boilerplate contracts, and one of them included an addendum indicating Burkhart’s work wasn’t architectural in nature.)

Susan Lang Berry, the president of the foundation, made a plea to the media that could not have been less relevant under the circumstances:

Right—which is why you have to avoid even the perception of conflicts of interest.

This particular set of problems has followed a number of others at the College itself. First, President Robert Breuder, who had already received a pair of no-confidence votes from faculty, lost a $20 million state grant, already appropriated in 2009, after he sent a politically flatfooted email to the board that explicitly suggested that the school create an immediate reason it needed the money, which was then publicized by a watchdog group, For the Good of Illinois. To be fair, the long history of the money’s lack of use as described by Inside Higher Ed must have been deeply annoying to the community college, but, well, you can be the judge…

Breuder has called this missive “a memo of frustration,” and there may be many people who have been toyed with by Illinois’s paying habits who might sympathize. This paragraph in the Inside Higher Ed article says volumes about where that frustration might have come from:

“Illinois has billions in public debt, which forces the state to prioritize among projects that have been appropriated state funds. Glenn Hansen, president of DuPage’s faculty association, said DuPage had been treated ‘like all the other community colleges’ in the state.”

Illinois, as many of our readers know, does have a reputation for allocating and contracting but then holding nonprofit money to manage its own cash flow.

Then, in January, COD trustees further irked the taxpayers by voting a $762,868 buyout package for Breuder, who is now due to retire next March. We won’t go too much further into the various subpoenas, board coups, and an allegedly embezzling radio station employee that have fallen like acid rain on the college’s reputation.

Meanwhile, trustee McGuire said she and others “will probably suggest a policy” once their review is done, but this article says it is “unlikely the proposed policy will prevent foundation members from receiving contracts from the college in the future.”

Lang Berry defends such a policy by saying that the vendors only entered into their (board) volunteer roles after their companies were doing business with the college. (Insert editorial sigh here.) “The people who work for the college are very passionate about the college and want to give back,” Lang Berry said. “To exclude them would be detrimental.”—Ruth McCambridge

More about: colleges and universities conflicts of interest university foundations