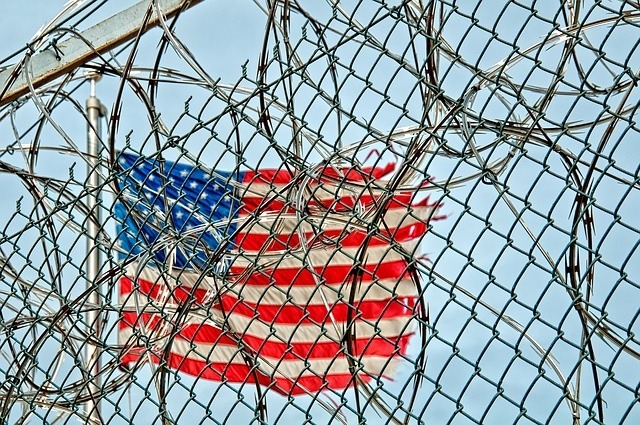 Speaking on the record, campaigners for criminal justice reform describe the Sentencing Reform and Corrections Act of 2015—the version given the best chance of passing Congress this year—as “historic,” a “major breakthrough,” “a game-changer.” The head of a left-right reform coalition called the measure, introduced by the chairman of the Senate Judiciary Committee, Iowa Republican Chuck Grassley, “monumental.” Monday’s pro forma committee hearing on the bill was, as one observer put it, a love-in.

Speaking on background, many advocates are more likely to use words like “very modest,” “disappointing,” and “pretty weak tea.” One of the most ardent conservative advocates of reform calls the Grassley bill “a joke” and “a sham.”

Below, we break it down so you can be the judge. But the real question is whether this measure represents a beginning of reform, or the end.

The politics of this year in criminal justice is a study in expectations.

Those who are now most disenchanted by the likely outcome began the year brimming with hope. Crime (and the fear of it) has been low. Liberals and conservatives have found common ground in a conviction that the current system wastes money and human potential without making us safer. Millennials have begun to take up the cause as part of a social justice agenda. The national press has been more attentive to police excesses, prison brutality, prosecutorial misconduct, and recidivism. President Obama has made criminal justice a priority for the home stretch of his presidency. “Mass incarceration” has become a popular meme. If ever there was an opportunity for sweeping reform, this was it, yes?

The goals of the hopeful were best embodied in a piece of legislation with the unwieldy title, “The Safe, Accountable, Fair and Effective Justice Act”— the SAFE Justice Act for short. Sponsored by Rep. Jim Sensenbrenner, a Wisconsin Republican with spotless law-and-order credentials (he wrote the Patriot Act), and Rep. Bobby Scott, a progressive Virginia Democrat, the SAFE Justice Act touches many aspects of the justice system. By reducing sentences, it would significantly reduce the number of people (now roughly 70,000) who are sent into the federal prison system each year. Sensenbrenner’s bill languished in the House Judiciary Committee without a hearing or a vote. (The chairman of that panel, Bob Goodlatte of Virginia, and John Conyers, a Michigan Democrat, have offered a narrower bill—more in line with Senator Grassley’s offering.)

The fear of many reformers is that Congress will pass the Grassley bill, declare mission accomplished, and move on. “The defenders of the status quo will say, we’ve given you reform, now give it time to work,” said Pat Nolan, of the American Conservative Union. “It will be the end of federal reform, at least for several years.”

Another group of reformers—they would probably call themselves the realists—says the Sensenbrenner bill was never going to go anywhere. “It was the dream list of the defenders,” said one reform advocate, referring to defense lawyers who had a hand in drafting it. “It never really had a chance.”

The realists, apparently including President Obama, are resigned to the Grassley version as a small step in a new direction. “This is the best that’s ever going to come out of a Judiciary Committee chaired by Senator Grassley,” said a lawyer who follows the subject closely. (As a reminder of the political forces protecting the status quo, some organizations of sheriffs and prosecutors oppose the Grassley bill for going “too far,” for sending a permissive signal about drugs and threatening to release dangerous inmates.) The best hope, in the view of the more resigned reformers, is that this modest measure passes, the sky doesn’t fall, and reformers have a better chance next time—even as early as next year.

The disheartened and the optimists share one major consolation. There is now what seems to be a durable, financed, bipartisan movement that can push for reforms not just in the federal system but at the state and county level. That is where most criminal justice is dispensed, where about 90 percent of the country’s prisoners are incarcerated, and where many jurisdictions are already far ahead of Washington in making the justice system less draconian.

“The mood is changing in this country, and the laws have not caught up with that,” said Mary Price of Families Against Mandatory Minimums, which advocates sentencing reform. “But the bipartisanship is a remarkable measure of how far we’ve come. Whatever happens with these bills, I think there is no turning back.”

For now, here is a comparison of this year’s highest aspirations (the Sensenbrenner/Scott bill) and the likely reality (the Grassley bill), provision by provision.

Bill Keller is editor-in-chief of The Marshall Project. Keller worked for the New York Times from 1984 to 2014 as a correspondent, editor, and op-ed columnist. As a correspondent, he covered the collapse of the Soviet Union, winning a Pulitzer Prize, and the end of white rule in South Africa. From July 2003 until September 2011, he was the executive editor of the Times.

Bill Keller is editor-in-chief of The Marshall Project. Keller worked for the New York Times from 1984 to 2014 as a correspondent, editor, and op-ed columnist. As a correspondent, he covered the collapse of the Soviet Union, winning a Pulitzer Prize, and the end of white rule in South Africa. From July 2003 until September 2011, he was the executive editor of the Times.