NYC High Line Completed: Is it a Net Positive for NYC? 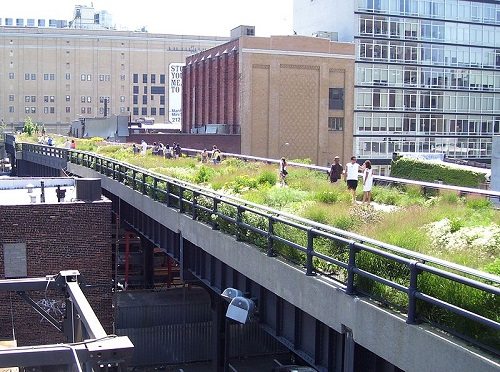 The wait is finally over for New Yorkers and tourists eager to explore the entirety of the 22-block elevated walkway park, known as the High Line at the Rail Yards, along Manhattan’s West Side. It has taken 15 years and, according to the Courier-Post, it cost $223 million in public and private money to build. The completion of the High Line at the Rail Yards has been greeted with celebration, consternation, and criticism.

The celebration came on Saturday, September 20th, with the official opening of High Line Park. The Friends of the High Line led the celebration, which included a procession of community members, volunteers, and business owners who walked the full length of the park carrying banners and ribbons. Friends of the High Line, a 501(c)3 that includes such celebrities as actor Edward Norton, has been the driving force behind the redevelopment of the abandoned elevated freight railway into “one of the nation’s most distinctive urban transformations.” They were joined by New York city, state, and federal officials at the opening event.

The consternation was focused on one of the possible attendees at the High Line’s opening event, New York City Mayor Bill de Blasio. As reported by the NPQ Newswire in October 2013, de Blasio has been seen as a threat to private conservancies, such as the Friends of the High Line, for his support of a plan to redistribute some of their wealth to neglected public city parks and spaces. New York Post columnist Steve Cuozzo wondered last week whether Mayor de Blasio would even show up for Saturday’s dedication. Cuozzo seemed to throw down the gauntlet to the mayor, in whom he has little confidence, when he wrote: “Let’s see if he shows his face at the park dedication with its implicit, but unmistakable challenge: Match this!” Mayor de Blasio did show up and, with an apparent shout-out to his predecessor Michael Bloomberg’s administration (which may have surprised Cuozzo) praised the High Line, saying, “The High Line is a true testament to our city’s embrace of innovative and pioneering urban planning.”

The criticism has come from at least three fronts. In 2012, Jeremiah Moss complained in a New York Times opinion piece that the park had already become an overrun catalyst for gentrification to the point of being “Disney World on the Hudson.” Gardeners have weighed in on the park with their complaints, even as they welcome the focus on green space. It is, however, the gentrification issue that can be found as a subtext to nearly every criticism. As the Courier-Post article highlights, those businesses and people who benefit from the High Line Park are thrilled with the visionary “redevelopment” of the rail yards. Those who are forced to relocate due to high rents and inflated prices, in a neighborhood that is emerging as one of the trendiest in New York City, have had enough of “gentrification.”

The High Line at the Rail Yards extends from Gansevoort to West 34th Street along Manhattan’s West Side, offering a unique view of the Hudson River to the west and New York’s iconic skyline to the east. There are multiple entry points to the walkway along its route. This opening week at the High Line features a variety of events including walking tours, yoga and tai chi, stargazing, and live music.—Tom Klaus