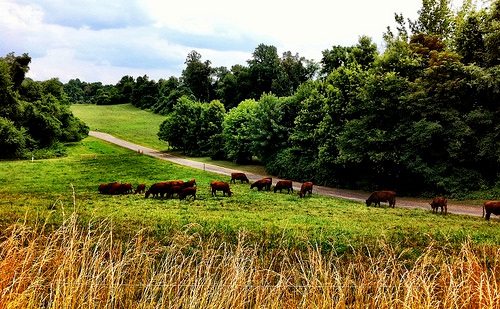 Marsha Mercer writes for Stateline that that Cooperative Extension is in the process of reinventing itself for the twenty-first century. President Woodrow Wilson created the Extension Service in 1914 as a program to share the research of land-grant universities on agriculture, home economics, and rural energy with all levels of government and communities. At the time, America was still a significantly rural community, with half of the nation living in rural communities and 30 percent of the workforce engaged in farming. Today, Mercer says, the numbers are sharply reduced—17 percent of the population living in rural areas, two percent engaged in farming. The Extension Service has shrunk drastically as America’s rural connections declined. Today, Extension relies mostly on volunteers and on its website for the distribution of information.

Mercer’s article contends that Extension aims at more than helping farmers and ranchers, having branched into environmental protection, food safety, natural disaster response, energy independence, and workforce development. We would add more. Our experience with Extension in many communities has shown its staff to be often credible and imaginative actors in community development and community organizing—and in both urban and rural communities.

Mercer identifies new Extension initiatives such as its establishment of bilingual 4-H clubs for immigrant children and their parents in southwest Kansas, assistance to consumers in choosing health insurance on the Affordable Care Act exchanges in Maryland and Delaware, and Smart Families food choice programs in Delaware, Idaho, Illinois, Nebraska, and Washington.

Is there a nonprofit connection to the 21st-century Cooperative Extension Service? One is that Extension used to be basically government-funded, one-third each by federal, state, and county government sources. Now, Extension is increasingly dependent on private contributions, ranging from dairy owner Steve Irsik, who came up with the idea of the bilingual 4-H clubs and donated $50,000 to get them started, to the ConAgra Foods Foundation, which provided a $2 million grant for the Smart Families pilots.

With federal funding of extension down to about 10 percent of costs, Extension Services have had to reach out to foundations, but the unequal distribution of philanthropy shows up strongly in records of foundation grantmaking. Cornell Cooperative Extension has gotten solid support from a variety of foundations, notably the Park Foundation; Michigan State University’s cooperative extension has received support from community foundations; and North Carolina Cooperative Extension seems to access grants from the Blue Cross Blue Shield Foundation of North Carolina, the Z. Smith Reynolds Foundation, the Duke Endowment, and community foundations. However, much of the nation’s extension programs reside in areas where institutional philanthropy doesn’t appear to have been much engaged with extension’s distinctive role.

Beyond foundations, is there a nonprofit stake in the reinvention, revitalization, and sustainability of Cooperative Extension? Of course. At Cornell Cooperative Extension, the Institute for Non-Profits was created as an educational program of Cooperative Extension of Rockland County in 1995; the Institute evolved from the working relationship of Extension with a variety of local community organizations seeing the need for assistance to help nonprofit organizations grow and thrive. The University of Wisconsin Extension runs the Center for Community and Economic Development, established in 1990, which helps communities recognize and deal with issues of community change, addressing issues such as asset-based sustainable development, community demographic and market analysis, entrepreneurship development, and rural urban business market assessment. Among the HUD-approved foreclosure counseling organizations in Florida are nonprofit CDCs to be sure, but also Cooperative Extension offices in Holmes County, Washington County, Levy County, Brevard County and Pasco County—just to name a few.