This Cooperative’s Defense: “Blame the Auditors, Not the Board!” 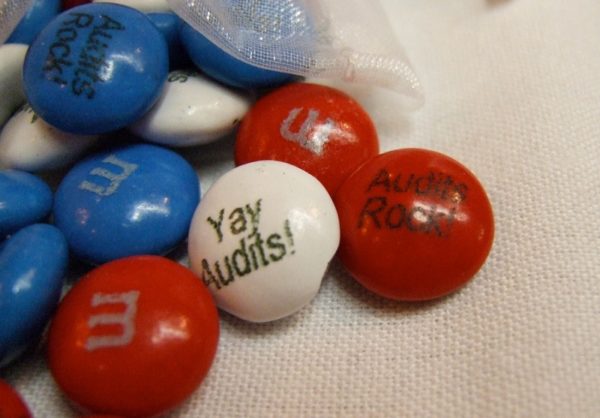 A state class action lawsuit has been filed by two Native American students who claim mishandling of grant funds by a South Dakota public educational agency and a nonprofit organization caused them to be denied the opportunity to benefit from the state’s GEAR UP federal grant-funded program. The educational agency, in turn, has filed court papers asking the court to blame its auditors for not informing the agency of embezzlement by employees and other financial irregularities.

NPQ has reported about the GEAR UP grant scandal (here, here, and here) involving up to $64 million in federal and matching grant funds intended to help Native American students in South Dakota prepare for and be successful in college. Three individuals have been indicted in connection with the scandal, and not all investigations have been completed.

This scandal is especially tragic because it first came to public attention in September 2015 when Mid Central Educational Cooperative business manager Scott Westerhuis killed his wife, Nicole, and their four children in their home in Platte, SD. He then set their house on fire and committed suicide.

As one might expect, the students’ 24-page class action complaint outlines the scandal and asks for monetary compensation and penalties as well as legal costs. One unusual aspect of the suit is that in addition to naming Mid Central Educational Cooperative (MCEC) and the nonprofit American Indian Institute for Innovation (AIII) as defendants, it lists each of their board members individually as defendants. It also names the estates of Scott and Nicole Westerhuis as defendants.

In response to the unfolding lawsuit, MCEC has taken the unusual step of filing papers with the state court asking that the education cooperative’s auditors be held liable of any damages resulting from the class action lawsuit. In the court filing, MCEC says:

That should Defendant/Third Party Plaintiff Mid-Central be found liable for the damages alleged to have been sustained by Plaintiff, Mid-Central is entitled to complete indemnity and/or contribution from Schoenfish & Co., Inc. because of Schoenfish & Co., Inc.’s negligent auditing/accounting of Defendant/Third Party Plaintiff and/or its committing of accounting malpractice because Plaintiff’s alleged injuries are a proximate result of said negligence/malpractice.

The filing goes on to say if MCEC is found to be at fault in the class action, “such fault is slight in comparison to the fault of Schoenfish & Co., Inc.”

Blaming the auditors is highly unlikely to be successful for at least three reasons. First, audits are not designed to uncover criminal activity such as embezzlement. Second, audits are dependent upon management’s representations of the organization’s finances. If management misrepresents the finances with skill, the auditors won’t know it. Third, the auditors in this case noted material weaknesses in MCEC’s financial controls as well as missing or incomplete management reports expected of federal grantees. The 2014 audit prepared for MCEC included a note from the auditors that it was the eighth year material weaknesses had been reported to the MCEC board of directors.

The tragedy of GEAR UP is more than the deaths of six people and the alleged embezzlement of millions of dollars. The real damage done to Alyssa Black Bear, Kelsey Walking Eagle-Espinoza, and other Native American plaintiffs likely to join the class action is in the misadministration of the GEAR UP program from its inception in 2005 through the following decade. They likely can’t recover from that harm, but their lawsuit might result in a financial award and send a chilling message to grant administrators and individual board members that there is real liability in not paying proper attention.—Michael Wyland