Cornel West on Obama: “Tied To Wall Street” and “A War Criminal” 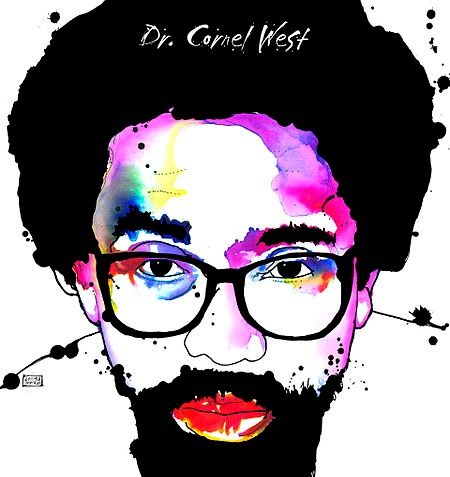 It is impossible to suggest that Princeton University and Union Theological Seminary professor Cornel West doesn’t get to the point. During his recent lecture tour in the U.K., West—whom we have often covered in the NPQ Newswire for his un-self-censored comments—took off on President Obama as he has been wont do to for some time now:

“(W)hen you look at the prison industrial complex and the new Jim Crow: levels of massive unemployment and the decrepit unemployment system, indecent housing; white supremacy is still operating in the US, even with a brilliant black face in a high place called the White House. He is a brilliant, charismatic black brother. He’s just too tied to Wall Street. And at this point he is a war criminal. You can’t meet every Tuesday with a killer list and continually have drones drop bombs. You can do that once or twice and say, ‘I shouldn’t have done that, I’ve got to stop.’ But when you do it month in, month out, year in, year out—that’s a pattern of behavior. I think there is a chance of a snowball in hell that he will ever be tried, but I think he should be tried…These are war crimes. We suffer in this age from an indifference toward criminality and a callousness to catastrophe when it comes to poor and working people.”

“When he came in, he brought in Wall Street-friendly people—Tim Geithner, Larry Summers—and made it clear he had no intention of bailing out homeowners, supporting trade unions. And he hasn’t said a mumbling word about the institutions that have destroyed two generations of young black and brown youth, the new Jim Crow, the prison industrial complex. It’s not about race. It is about commitment to justice…Maybe he couldn’t do that much. But at least tell the truth. I would rather have a white president fundamentally dedicated to eradicating poverty and enhancing the plight of working people than a black president tied to Wall Street and drones.”

In the U.S., some dismiss West as something of an entertainer and a bit of a buffoon, but the reception he got in the U.K., as reported by the Guardian, was quite effusive. It might surprise some people to realize that among some young people stateside, West’s reception is also quite positive, particularly when he is speaking out on issues of what he sees as injustice. In the wake of protests at Dartmouth University that led to the cancellation of classes at the Ivy League school to discuss problems of racism, homophobia, and sexual assault on campus, West turned a scheduled lecture into an opportunity to support the protesters. “There’s too much fear, silence and cowardliness among the lukewarm middle,” West told his audience. “The middle needs to wake up!”

At Sonoma State, he lectured to faculty and students about the Greek concept of paideia: “Willingness to be challenged, and willing to be unsettled…if only for a moment, to be shaken. Existential dizziness, intellectual vertigo—that’s paideia.”

Many dismiss Cornel West for his over-the-top performance and writing style, but it would be wrong to suggest that he has no influence. Recently, plans for the commencement at Morehouse College, one of the nation’s most prominent Historically Black Colleges and Universities (HBCU), when Bright Hope Baptist Church senior pastor Kevin Johnson, scheduled to be a solo speaker at the commencement a day before President Obama would speak, was unhappily rescheduled to be part of a three-person panel discussion—after it became known that Johnson wrote an article for the Philadelphia Tribune on Obama titled, “A President for Everyone, Except Black People.” In 2011, Johnson wrote a similar piece that took the Administration to task for roughly the same litany of policy shortcomings that West spoke about in the UK, at Dartmouth, and at Sonoma State—except that he took pains to point out that his “call for leadership should not be aligned with the likes of Tavis Smiley or Cornel West.” It sort of suggests that in some nonprofit circles, even by being explicitly rejected, West still has substantial influence.—Rick Cohen