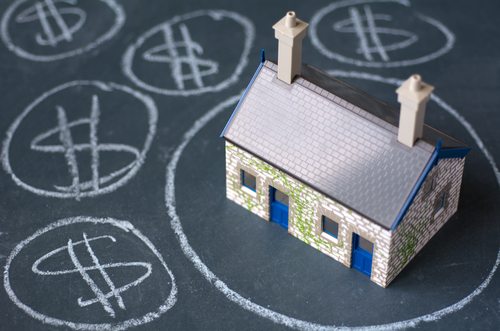 Two large nonprofit institutions saw their tax-exempt status fully or partially revoked by cash-strapped local governments recently, once again accentuating the importance of maintaining good relationships with community and political leaders, as well as making sure an agency’s mission remains charitable, and that it can defend that status in court.

The Washington Business Journal reported that the Meridian International Center, a prominent nonprofit, had its property tax exemption revoked 50 years after it was granted:

“The Office of Tax and Revenue (OTR), having concluded that Meridian’s mission does not directly benefit residents of D.C. as the law requires, revoked the tax break…saddling the organization with an estimated $516,000 annual tax bill for its property…Meridian’s real estate has an assessed value that tops $35 million.”

Meridian took the District to court, prompting the D.C. Council to respond with legislation returning the exemption in perpetuity. But the District’s Office of the Chief Financial Officer (CFO) argues that exempting Meridian “could encourage other nonprofit organizations to ask for similar exemptions.”

“In general, Meridian’s activities primarily focus on international affairs and strengthening international understanding through the exchange of people, ideas and culture between the United States and foreign countries,” the Business Journal quotes CFO Jeffrey DeWitt writing to the council. “Based on a review of Meridian’s activities, OTR determined that Meridian did not meet the requirements for exemption as a public charity or school.”

Although the CFO estimates the property tax, which Meridian has never had to pay, will amount to roughly five percent of its total expenses and will likely force it to cut programs or dip into reserves, the bill is “unlikely to cause Meridian to cease operations.” Of course, Meridian says the tax bill “amounts to a crushing blow.”

The organization’s CEO told the Business Journal that, “We think the city used that opportunity to take a look as a result of their desire to increase revenue and effectively mounted a campaign to ultimately, after five decades, decide that Meridian is not worthy of continued property tax exemption.”

In 2003, the D.C. Court of Appeals overturned a lower court ruling that exempted from property taxes the Cato Institute, a think tank that focuses primarily on the impact of the federal government’s policies on the economy, education, and society, finding that “while this focus tangentially impacts the District, the residents of the District are clearly not principally impacted by Cato’s work. The simple fact that the activities occur within the District does not mean they have a substantial impact within the District.”

Unlike Cato, Meridian says it works with D.C. school children and with the D.C. government on international outreach, that its museum is open to the public and that it receives grant money from the city. The council’s finance and revenue committee has not yet scheduled a vote on the exemption, which the CFO estimates would cost the city $26 million over the next 30 years.

The article reports that some believe that the OTR has undertaken a “systematic effort” to revoke longstanding tax exemptions for nonprofits “if the nonprofits have a national or international component to their work,” with the goal of increasing revenues for the hard-pressed District government.

The housing corporation secured financing, demolished two existing dormitories, and constructed two more modern buildings, with the aim of providing more beds and making ESU more competitive. Mondaq reported that it received a tax exemption for 2013, but then the East Stroudsburg School District appealed, saying that the housing corporation did not donate or render “gratuitously a substantial portion of its services” to students at ESU. Basically, it charged market rental rates to most students, although it donated some of its income to the university and subsidized the rents of resident advisors.

“The trial court…found that neither the provision of free services to resident advisors (which the Trial Court characterized as a management expense) nor the donation of surplus revenue to ESU demonstrated that [the housing corporation] donated or rendered gratuitously a substantial portion of its services.” It then removed the corporation’s nonprofit standing. Observers say it may encourage more challenges to the tax-exempt status of nonprofit student housing agencies affiliated with PA colleges.—Larry Kaplan

This article was originally published on March 7, 2014