Coworking Comes to Religion, Helping Churches Save on Costs

Coworking spaces have become a global phenomenon in the last eight years; in fact, by the end of this year, the number of such facilities worldwide will have doubled since 2015. And now, the trend is expanding beyond work life to religion.

Day Edwards, a minister’s daughter, has launched Church Space, which provides a shared building a variety of congregations can use at much less cost.

Of course, the idea of having religious institutions share space is not exactly new. For decades, different congregations have worked with each other. That said, what Edwards is doing here may be a little different, in that she’s designed a space that’s meant to host multiple congregations for the long term.

Each of Edwards’s shared spaces are designed with appropriately soft lighting, a piano, an organ, and audio and streaming equipment. Church Space clients are allocated a fixed Sunday time slot plus one weekday for other activities, such as pastor office time, bible study meetings, and choir rehearsals. Edwards says most of the initial spaces were reserved quickly, well before the launch open house planned for December 22nd at her flagship location in northwest Houston.

Many of the nation’s faith communities no longer can afford to maintain their buildings; in fact, 6,000 to 10,000 American churches close each year—and that number will likely grow. Although more than 70 percent of Americans claim to be Christian, most denominations are declining as a share of the overall population, and donations to religious communities have been falling for years. As donations and attendance decrease, the cost of maintaining large physical structures that are used only a few hours a week by a handful of worshippers becomes prohibitive. Both new congregations and older ones in danger of disappearing can benefit from more economical models than ornate buildings and sprawling acreage. As an article in The Atlantic observes, “Any minister can tell you that the two best predictors of a congregation’s survival are ‘budgets and butts,’ and American churches are struggling by both metrics.”

It makes sense, then, that churches would be increasingly seeking to share space. Today, coworking takes up 27 million square feet of office space across the country. Over the last seven years, that square footage has grown at a rate of 22 percent, compared to one percent for traditional office space. By 2030, 30 percent of all commercial office real estate is expected to be “flexible.” Practices that aren’t sustainable get disrupted, and signing long-term leases is simply bad business for many operations. However, it’s not just employers who benefit. Surveys show that 84 percent of people who use such facilities for work are more engaged and motivated than those in traditional offices; 89 percent reported being happier.

Thus, by 2022, it’s estimated that more than a million US employees may work in coworking spaces.

Most of the growth in coworking spaces today is in “niche” facilities, designed to cater to specific types of workers and users—such as churches. This move toward specialization leverages common bonds among the different groups, helping not only save costs, but, in some cases at least, building community as well.—Pam Bailey

Young Adults May Drive Support for Medicare for All

A Credit Score to Immigrate? Bizarre Proposed Rule Would... 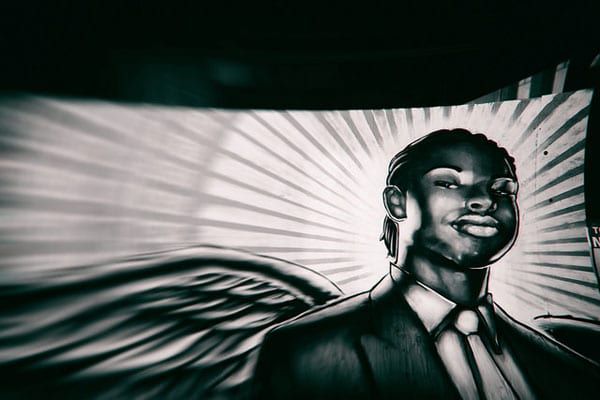 Placemaking in the Aftermath of a Police Shooting: The...