Creflo Dollar Wants a $60M Gulfstream—and It’s On You, the Taxpayer! 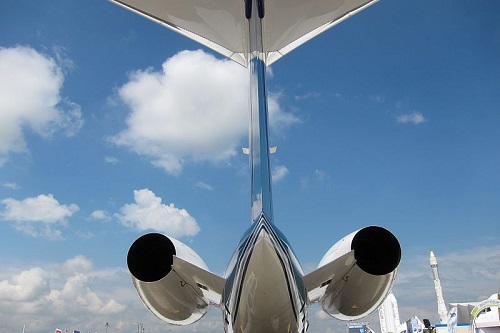 Televangelist Creflo Dollar wants a $60 million Gulfstream 650 airplane so he can more quickly spread what he claims to be the teachings of Jesus. Specifically, he is hoping to attract “200,000 people committed to sow $300 or more (to) help achieve our goal to purchase the G650 airplane.” Please remember that taxpayers supplement Pastor Dollar’s abundant lifestyle through his church’s tax exemption.

Dollar is the pastor of tax-exempt megachurch World Changers. World Changers, which is based on the so-called “prosperity gospel,” is one of those investigated by the Senate Finance Committee led by Senator Chuck Grassley in 2007 for a lack of transparency and for practices that appeared to be aimed at lining the pockets of the pastors themselves at the expense of congregants. In fact, Dollar was deemed the least cooperative of those investigated, and eventually the investigation came to naught.

Transparency of these tax-exempts is, of course, hampered by the fact that churches are not required to file annually with the IRS in the same way as other nonprofits.

Dollar still has an enthusiastic following, with 30,000 members. In fact, Pastor Dollar uses his own enrichment through ministry as proof his prosperity gospel works—through “sowing a seed” by making a (tax exempt) donation to the church with, say, the rent money, he becomes living proof of the plentiful harvest that will be enjoyed by the giver eventually.

Dollar’s church has a bit of experience with aircraft. In 2006, World Changers and its related business entities had at various points owned four different aircraft, all of which were flown for personal use. In fact, among its related business entities were private airports and aircraft leasing companies. With Dollar’s lack of cooperation, the staff of the senate committee concluded, “we are unable to determine whether and the extent to which they are reporting and paying taxes on income earned in those entities.”

Still, Dollars’ “Gulfstream for God” may have been a step too far or too flamboyant, attracting a lot of outcry. The webpage that had been erected specifically for the purpose of collecting money for the high-flown project has been taken down—but, reportedly, one can still make a donation for the purpose.—Ruth McCambridge