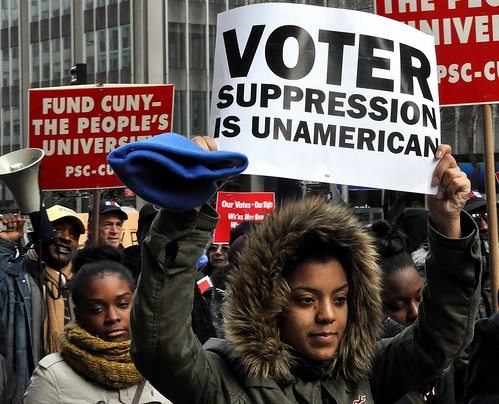 The creativity of the Koch brothers’ political expression is working through a variety of tax-exempt structures beyond the typical focus of 501(c)(4) social welfare organizations. Not surprisingly, the sharp-eyed Citizens for Responsibility and Ethics in Washington (CREW) has noticed, and has requested that the Internal Revenue Service take notice as well.

CREW is asking for an investigation of Freedom Partners, a 501(c)(6) trade association that distributed $235 million to a variety of conservative groups last year. What is the trade that Freedom Partners’ members pursue? It’s a little difficult to discern. On its website, Freedom Partners describes itself as a “501(c)(6) chamber of commerce that promotes the benefits of free markets and a free society.” The website claims—but doesn’t identify—200 businesses that are members of this chamber of commerce, and the five-person board is eclectic: two officers of Koch companies, a third who formerly worked for the Koch business empire but now owns franchises of a swimming pool maintenance and repair company, a fourth who is a longtime Republican operative working for the likes of Mike Pence and Oliver North, and the last a real estate development company CEO.

The business or trade that unites the members of Freedom Partners seems to be an ideological posture, rather than a specific or even broadly defined business interest. As Michael Wyland wrote for the NPQ Newswire, the creation and growth of Freedom Partners demonstrates several challenges for campaign finance reform, that “there’s more than one way to use nonprofit organizations to conceal the identities of donors…[that] the same monies may be moved from group to group, making it even less clear who ultimately benefits from the donor’s gift…[and that] current laws and regulations allow nonprofit groups like Freedom Partners to organize and carry on activities for significant periods of time before being required to report their activities to the government.”

We also pointed out in another NPQ Newswire the role of Freedom Partners in the gathering of groups that plotted the partial government shutdown, even to the consternation of other conservatively-minded legitimate business trade associations that had no interest in the right wing’s flirtation with debt default.

Like us, CREW seems unable to find a common business interest behind the members of Freedom Partners, making it comprehensible as a 501(c)(6) business league or trade association. CREW is challenging both Freedom Partners’ 501(c)(6) bona fides and the IRS’s standards for review of 501(c)(6)s, according to CREW executive director Melanie Sloan, to “nip abuse of 501(c)(6) status before it gets out of hand” as the nation heads into the 2014 electoral cycle.

Since 501(c)(6)s can provide as much confidentiality to donors as politically minded (c)(4)s, why would CREW be concerned that Freedom Partners could be a harbinger of “a brand new class of weapons in this battle?” The reason would seem to be that a business that has trouble justifying or writing off its donations to a 501(c)(4), such as to the Koch brothers’ Americans for Prosperity, for example, might be less troubled by regulators and shareholders if it were donating to a “business league” or “chamber of commerce,” even if the business interest were simply an ideological point of view.

As NPQ has long pointed out in its coverage of the National Football League, the notion of a 501(c)(6) as a “business league” with the purpose of promoting a “common business interest,” as the IRS originally defined the tax status, is subject to multiple interpretations. In this case, Sloan and CREW have picked up on that ambiguity that could be misused for electoral purposes. “If there’s a loophole in the tax code,” Sloan says in a statement issued by CREW, “it’s a sure thing that someone will take advantage of it.” The CREW statement noted that Freedom Partners made large general support grants to the likes of the Center to Protect Patient Rights, Americans for Prosperity, and the National Rifle Association, with the common business interest involved being murky to say the least.

Quite usefully, CREW focuses not just on the specifics of Freedom Partners’ dubious status as a business league, but calls on the IRS to clarify its rulemaking and interpretations regarding 501(c)(6)s in general. That’s crucial. CREW isn’t about scoring a point against a political organization of one persuasion while protecting those of another, but questioning the entire structure of what constitutes 501(c)(6) entities, regardless of their politics. It would be quite useful if the IRS were to make a ruling on this matter before the nation is so far into the 2014 election cycle that the only regulation will be after-the-fact and largely unable to stem abuses.—Rick Cohen