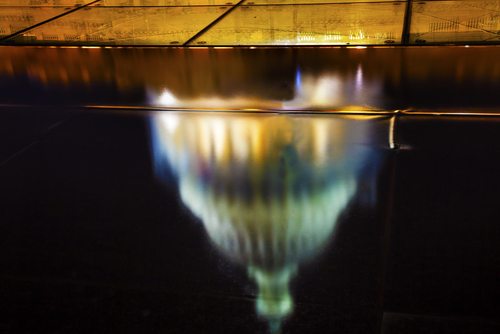 If a variety of tax incentives for individuals, businesses, and, especially important for the NPQ readership, nonprofits, foundations, and donors are to be extended retroactively for 2014, the deal will apparently have to be cut during the lame duck session of Congress between now and the end of the calendar year. Senate Majority Leader Harry Reid says his priorities are a government funding bill and a defense spending measure. If the tax extenders get wrapped in with those bills, fine, but if not, a number of tax incentives that nonprofits and foundations had looked to in the past might not work on taxpayers’ 2014 tax filings.

The legislation passed by the House this week, H.R. 5771, titled the “Tax Increase Prevention Act of 2014,” includes tax extenders for 2014, such as the following provisions of the tax code that will otherwise expire this year:

The House vote in favor was overwhelming, 378 to 46, with the 46 “no” votes split pretty evenly between Democrats and Republicans. In overall budget terms, the total cost of the extenders is $42 billion just for 2014. However, the objections of Senate Democrats aren’t simply partisan maneuvering. The Senate apparently wanted two-year extensions of some of the provisions in the bill and wanted to include the permanent extension of the Earned Income Tax Credit (EITC) and the Child Tax Credit. The result is a bill that is fundamentally a three-week extension.

For nonprofits and foundations, this is something of a bind. For the Council on Foundations’ preferred agenda—the IRA charitable rollover, the conservation easements, and food inventory contributions—the extenders are important, else the taxpayers’ ability to plan for these donations in 2014 will be thrown off course. However, the Council and other nonprofit trade organizations would prefer to see some of these charitable incentives made permanent in the America Gives More Act, which the Obama White House is on record as opposing.

For nonprofit housing groups, the Low Income Housing Tax Credit is crucial, generating needed revenues for affordable housing production. As Ali Solis of Enterprise Community Partners pointed out in The Hill, “Without the Housing Credit, it is fundamentally uneconomic to develop housing affordable to millions of families across the country.” Like the proponents of the charitable incentives, Solis and many others would like to see the housing credit made permanent rather than subject to an annual reauthorization. The New Markets Tax Credit, also in the extenders package, has been credited with generating $40 billion in investment dollars for low-income communities. The NMTC is like the housing tax credit, which Solis noted is a win-win for lower income communities and for businesses that invest in tax credits.

Presumably, the White House is less impressed with the list of extenders than the House of Representatives and concerned that the 50 or so tax provisions do more for businesses and wealthy people than they do for working and low-income people. Moreover, there are probably some clunkers that special interests got into the bill, including a three-year depreciation period for the tax treatment of race horses, bonus depreciation rules on certain business properties, expensing allowance rules for film and TV production costs, and a number of energy tax incentives that may well generate more economic and tax benefits for big businesses than for alternative energy producers.

Nonetheless, it still represents a quandary for nonprofit policy advocates. Should they invest a lot of political capital in getting the entire bill passed just for one year, recognizing that they will have to do it all over again next year? Should they pursue one-year extensions when tax policy around the world doesn’t typically rely on such short-term incentives? Should they differentiate between the tax extenders that have potentially stronger social good (the IRA charitable rollover, the housing tax credit, the NMTC) and those that don’t? Should they be concerned that incentives that clearly and directly benefit lower income families such as the Earned Income Tax Credit are being treated with no greater policy priority than depreciation rules on racehorses? Should they devote their energies to the lame duck Congress or hope that the new Congress that takes over in January will be able—somehow, and perhaps retroactively—to do something different?—Rick Cohen