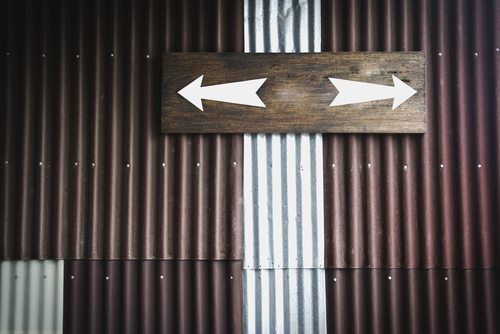 Rumor has it that charter schools are public schools. Given something of a free rein, perhaps, compared to the strictures that apply to traditional public schools, but they’re public nonetheless and not supposed to show favoritism in their selection of pupils. In fact, charter school students are generally supposed to be chosen by lottery, randomly, so that there can be no bias in terms of who might get into these alternative schools.

Except that the random lottery isn’t quite so random in Washington, D.C., and new rules from the D.C. Public School Charter Board might make it less so. The Washington Post’s Valerie Strauss points out two existing mechanisms for circumventing the random lottery process. One is reasonably understandable—siblings of current charter school pupils get a preference. The second is pretty well indefensible. According to Strauss, children of charter school founding board members get preference on admissions. That introduces an element of bias that rewards insiders; it’s a classist policy that undermines the random process of public charter school admissions.

Strauss, citing the reporting of her colleague, Michael Chandler, says the Board is considering a further circumvention of the random selection process. Apparently, the D.C. Council—without much publicity, it appears—passed legislation to allow charters to give preference not only to the children of charter school founders, but to the children of the people who work for the charter schools. This isn’t matched by a similar preference for the children of public school teachers, for example; if they live outside the districts of the schools where they teach or work, their children don’t get an automatic out-of-district admissions approval to attend where their moms and dads teach.

The charters defend the admissions preference by saying it will help “attract employees and stabilize their workforce,” compensating for their relatively higher rates of turnover and lower salaries as compared to public schools.

The proposed policy, essentially a formalization of the admission rules approved by the City Council, reads as follows:

“Preference in admission may be given to an applicant who is a child of a member of the public charter school’s full time staff so long as enrollment of employee’s [sic] children is limited to no more than 10% of the school’s total enrollment.”

This is more than a public school system issue, as many D.C. charter schools are affiliated with or managed by nonprofits. A June 2014 review of D.C. charter schools shows that 14 out of 25 or so schools were managed by nonprofits as of 2013, but for the purposes of this new policy, the children of for-profit managers would be given the same special exemption from the random lottery process as the children of nonprofit management companies’ employees. Among the nonprofit beneficiaries of this policy are the SEED Foundation, prominently featured in the pro-charter school movie Waiting for Superman and the recipient of Social Innovation Fund grants though the Edna McConnell Clark Foundation; Lighthouse Academies, which manages charter schools in seven states; and the See Forever Foundation, operating the Maya Angelou charter schools.

With this policy of bypassing lottery selection processes, it seems that D.C.’s public charter schools are becoming more and more independent and less and less public.—Rick Cohen