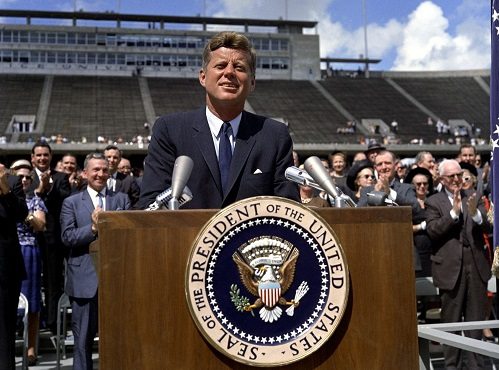 Some weeks ago, we noted a Florida congressman’s comparison of the Tea Party movement to the Ku Klux Klan and asked our readers what they thought of his language, anticipating that some would find it a step toward inappropriate, polarizing political discourse. Instead, one commenter unleashed a volley of vituperative insults directed toward us, with the dastardly topper that we were probably angling for a job in the Obama administration.

Many people believe that our society has never been more polarized than it is today, with the Democratic occupant of the White House facing a Republican opposition in Congress that views him as a socialist or worse. For those of us who have lived through a couple of presidential terms (this writer was born when Truman was president, though Eisenhower was his first vague memory of a president), the tenor of the Nixon administration comes to mind as highly polarized and contentious. It isn’t simply because President Nixon sponsored partisan skullduggery around the Watergate scandal that led to multiple arrests, jail sentences, tell-all books, and his own resignation, but for smaller, revealing examples too, such as his unleashing of Howard Phillips with a single-minded mandate to dismantle the Office of Economic Opportunity (OEO) and tear down the structure of the War on Poverty any way possible.

Bill Minutaglio, a University of Texas journalism professor, writes in a Washington Post essay that conditions in Dallas weren’t particularly hospitable to John F. Kennedy for his ultimately tragic visit 50 years ago. Although fiscally conservative and cautious on social issues—remember, it was LBJ who really launched the big government programs of the War on Poverty—Kennedy was regularly vilified “by billionaires opposed to federal oversight, rabid media, Bible-thumping preachers and extremist lawmakers who had moved far from their political peers,” Minutaglio says.

Dallas Morning News publisher Ted Dealey told Kennedy at a social luncheon, “We need a man on horseback to lead this nation—and many people in Texas and the Southwest think that you are riding Caroline’s tricycle.” He launched personal investigations of Kennedy, searching for a prior wife to Jackie that supposedly the Kennedy clan had managed to hush up. (A little like searching for a birth certificate to prove that the current White House occupant is really a Kenyan.)

Dallas oil billionaire H.L. Hunt was financing the beginning of extremist radio, with his Life Line radio show’s constant attacks on the president and his policies. Minutaglio cites Hunt’s reaction to JFK’s proposal for Medicare for the elderly, condemning it for its all-but-inevitable creation of death panels and the elevation of “the president of the United States [to be] a medical czar with potential life-or-death power over every man, woman and child in the country.” Shades of the critiques of so many lodged against the Affordable Care Act.

The Rev. W.A. Criswell presided over the largest Baptist congregation in the country, including Hunt as one of the parishioners, and criticized Kennedy’s candidacy for president, according to Minutaglio, “as a possible plot that would undermine America’s true Christian values.” At least Kennedy was only a Catholic, not an imaginary closet Muslim.

Dallas was a tough place for political dialogue in those days. In the 1960 president campaign, vice presidential candidate Johnson and his wife Lady Bird Johnson, Texans themselves, were heckled and spat on by a bunch of Junior Leaguers, and shortly before Kennedy’s visit in November of 1963, United Nations ambassador Adlai Stevenson was also heckled, spat at, and hit in the head with a picket sign wielded by an insurance executive.

Dallas didn’t kill Kennedy. Lee Harvey Oswald shared none of the right-wing extremism of Hunt, Dealey, Criswell, and others. But Minutaglio believes that the political environment of Dallas 50 years ago presaged the political polarization of today. The assassination of Kennedy “occurred in a place where a few powerful people had marched far from the political center and erected a firewall against reasoned debate,” Minutaglio says. “Fifty years after Kennedy’s death, it is as if nothing has changed.”

Perhaps that’s the lesson that today’s young people can glean from the environment of hate and bigotry that pursued John F. Kennedy that fateful day. Listening, dialogue, acceptance, understanding, mutual respect, caring for people in need, it all sounds so obvious and simple as a set of behaviors that are needed in the political give-and-take of our society, obvious, but increasingly in short supply. But even small dollops of those practices would go a long way toward improving political discourse in this nation.—Rick Cohen