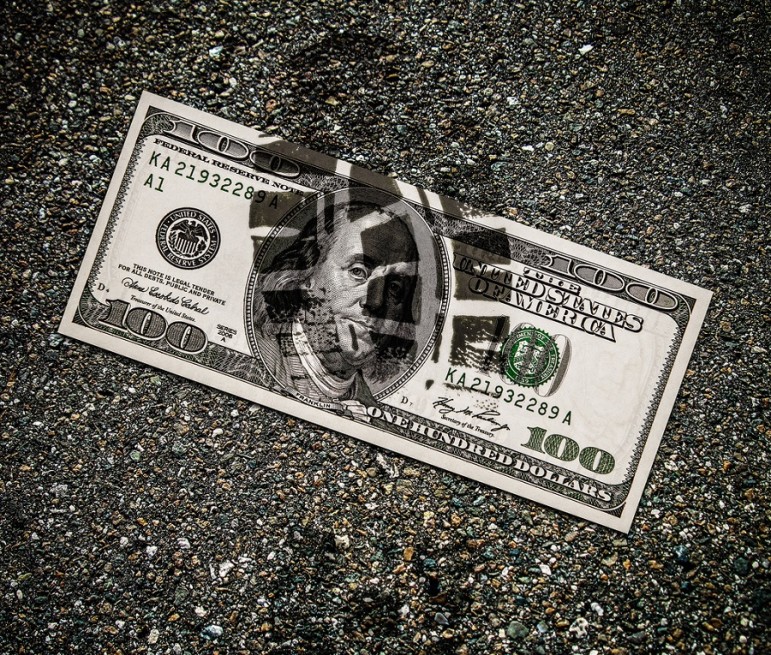 Lawrence Lessig’s campaign to clean up campaign finance will never find itself short of examples of existing and planned abuses aimed to increase the flow of big money into elections. The latest is the Democrats’ plan, a request to the Federal Election Commission for approval for a bunch of new Super PACs for Democratic Senate and House seats. The request makes the idea of PAC that is not connected to a candidate’s official campaign just about obsolete.

Writing for the New York Times, Nick Confessore explains in a few paragraphs the territory that the Democrats are trying to claim, based on their contention that the Republicans already do this:

The filing…suggests that Democrats would, if allowed, seek to use tactics pioneered by Republican presidential candidates this cycle, helping prospective candidates establish and raise money for super PACs before they officially declare their intent to run.

Most strikingly, the lawyers are asking the commission to clarify how declared candidates, their campaign staff and their volunteers can help court donors for independent super PACs—even whether a candidate could be the “special guest” at a super PAC “fundraiser” with as few as two donors. Its answer could have profound ramifications for the 2016 campaign, particularly for Democrats who, like Hillary Rodham Clinton, have been reluctant to engage too closely with super PAC fund-raising.

In seeking the commission’s guidance on the tactics, Democrats contend that most of the activities their request describes—like having a candidate pretend to “test the waters” of a candidacy for months on end while raising money—appear to violate the law.

But if federal regulators determine that such practices are legal, the lawyers wrote, Democratic candidates up and down the ballot are prepared to adopt these tactics in the coming months, a blunt admission that the party cannot compete effectively if it forgoes campaign and fundraising tactics already widely used by Republicans.

Much like Barack Obama’s decision to forgo public financing of his campaigns so that he could raise—successfully—unfettered private contributions because the Republicans might do the same or would outraise his campaign through sources such as “independent” PACs, much like the Democrats’ creation of counterparts to Karl Rove’s American Crossroads, and like Republicans virtually inventing the array of 527 “stealth PACs,” this is the Democrats again showing no reluctance to ape the practices of the opposition despite their deleterious effects not only on the practice of campaign finance, but on the behavior of political candidates who already feel beholden to and beleaguered by their big money donors. In this instance, the fig leaf of distance between the candidates and the PACs will be gossamer-thin.

Confessore describes several instances of Republican presidential wannabes in this electoral cycle who have used PACs while “exploring” their candidacies when it was all but obvious that they were actually running—Governor Scott Walker, Carly Fiorina, John Kasich, and Jeb Bush, to name but a few. In some cases, it seems the coordination between candidates and ostensibly independent PACs continued past the exploratory phase. Perhaps, as the Campaign Legal Center’s Larry Noble told Confessore, the Democrats’ pitch to the FEC is meant to expose and embarrass the Republican strategy that looks pretty close to illegal, though expecting the bitterly divided FEC to prosecute current candidates and their PACs is wishful thinking. This might really be a strategy to get the FEC to simply declare the Republicans’ approach beyond the pale. However, Noble says that the effort to embarrass the Republicans might be in tandem with getting approval for Democrats to do it themselves. There is little question, as pointed out by Alixandria Lapp, the executive director of the House Majority PAC, that “the level of coordination going on is just unprecedented.”

Other than possessing, one hopes, a core belief in the remaining shreds of integrity left to the American democratic process, nonprofits have much at stake in this latest perversion of campaign finance. To the press and to the public, the mechanisms for soliciting and spending money on behalf of political campaigns are nonprofits.

There are plenty of other examples of 501(c)(4)s, PACs, campaign staffers, and candidates themselves blurring into one undistinguishable mélange of money and politics. Other than Lessig and his single-issue campaign, the only major candidates to abjure this structure, at least for the moment, are Bernie Sanders, who has rejected all big donors in his campaign, and Donald Trump, who is a self-financing billionaire who doesn’t seem to want or need campaign contributions, at least for the moment.

All of these campaign entities are tax exempt, which to the press and the public reads “nonprofit” or, worse, public charity. As Republicans and Democrats engage in the mud-wrestling of how far they can push a divided FEC and a feckless IRS on campaign finance, nonprofits have to stand up for democracy—which we believe is part of the nonprofit sectors Tocquevillian DNA—and for the integrity of the nonprofit sector and engage in their own campaigning: a firm condemnation of any and all candidates who feel free to engage in dark and dirty money politics.—Rick Cohen