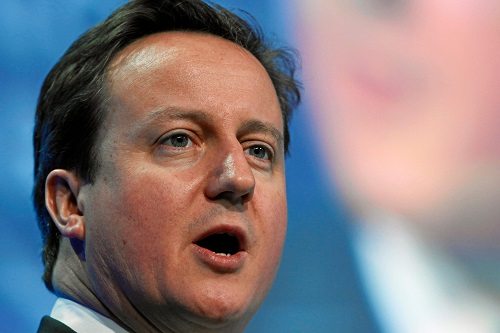 Accusations of cronyism are part of the grounds for investigation into one of the cornerstones of British Prime Minister David Cameron’s Big Society.

The UK Charity Commission has begun an investigation of the parent charity behind the Big Society Network following a report from the Government’s National Audit Office, which confirmed that the government had broken its own guidelines in awarding funding to the organization.

“I hope you were as concerned as I was to discover that the Cabinet Office has wasted large sums of government funding on questionable projects which ended in failure.

“It is extraordinary that millions of pounds have been squandered, especially in this current climate where funding is scarce and many charitable organisations are fighting for survival.”

Another reason that the Labour Party has demanded an investigation is that the trustees of Big Society Network have had close links with government. Its founder was the government’s Big Society adviser, Nat (now Baron) Wei, who quit the organization when he became a member of the House of Lords. Other trustees and members of the organisation’s staff have worked for government ministers. Two have stood for election as Conservative Party candidates.

The Big Society Network was launched in 2010 by the Prime Minister at 10 Downing Street, the official residence. At the launch, Cameron said the network would be “an organisation that brings all the elements of the Big Society together” and would answer people’s questions about how they can play a bigger role in their society and country.

However, what has emerged since appears as a history of favouritism and rules being bent, yet very little evidence of impact or even promised outcomes being achieved. In total, more than £2.5 million of funding appears to have been awarded to this organisation by government agencies.

One of the first projects for which the Big Society Network sought funding was a children’s fitness project, “Get In,” based on Michelle Obama’s “Let’s Move” campaign. The funding application was rejected twice by an independent panel. After the first rejection, the government insisted on a change of rules. However, even after this change of rules, Get In was rejected. Finally, the government overrode the panel and awarded funding. In the end, however, Get In was never even launched.

Following that, a further project called “Your Square Mile” received funding from the government Big Lottery Fund. A private company, Your Square Mile Limited, was then set up by two trustees of Big Society Network; the funding was made over to the private company without any clarification of its ability to deliver the project. Your Square Mile promised to sign up one million citizen groups, with the aim of improving communities. In the end, only 64 joined in.

A further funding bid was made by Big Society Network to the Big Lottery Fund for a new project: Britain’s Personal Best. Despite sharing similar delivery risks and being devised by the same team that was struggling to meet targets for Your Square Mile, the project secured a grant. It was eventually wound up after failing to meet all the milestones the Big Lottery Fund had set.

The core funding of Big Society Network and for other projects had also been funded through a government agency, without following standard guidelines. A spokesperson for the government agency concerned said, “While the vast majority of grants are made following open calls for proposals, we do have the ability to provide grants to projects that fit with our vision and advance our objects outside of open calls for proposals. That is what happened with the grants to the Big Society Network.”

A look at the Charity Commission website, where a register of all UK charities is kept, shows that the parent charity of the Big Society Network, the Society Network Foundation, turned over less than £10,000 in 2013 and is no longer obliged to file accounts.—John Godfrey