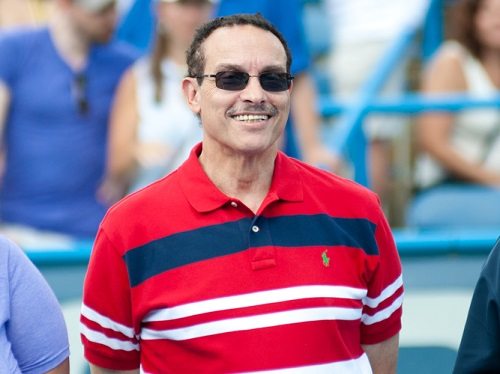 Washington, D.C. mayor Vincent Gray is on his way out of office, having lost in the Democratic primaries after voters resoundingly voted that his connections to an ongoing and deepening corruption scandal from his first election run were just too much to countenance.

Prior to his election, he had been seen as supportive of nonprofits, having worked for the D.C. Association for Retarded Citizens, later leading Covenant House Washington, and serving as director of the District’s Department of Human Services under former mayor Sharon Pratt Kelly. Despite being on his way out of office, Mayor Gray had added $15 million in FY2015 funds to a distinctive program, the City Fund, meant to help “effective nonprofits that provide critical programs and services across the city…to advance the three broad goals: grow and diversify the District’s economy; educate and prepare the workforce for the new economy; and improve the quality of life for all.”

Last month, the Community Foundation for the National Capital Region, the administrator of the fund, announced its first grants from its FY2014 appropriation, amounting to $3.5 million for 58 nonprofits. Although the WBJ described the intended recipients as “fledgling nonprofits,” the list of recipients includes some strong nonprofits one would hardly describe as fledglings, including Columbia Lighthouse for the Blind, Covenant House Washington, DC Central Kitchen, the Institute for local Self Reliance, the National Building Museum, Planned Parenthood of Metropolitan Washington, Sasha Bruce Youthwork, The Shakespeare Theatre, SOME, and the Young Women’s Project, just to name a few.

Although the fund seems to have control of the remaining dollars from the mayor’s FY2014 budget, the Gray Administration has announced it will not proceed with the $15 million allocated for the City Fund in FY2015. Although D.C. seems to be fiscally flush with budget surpluses, it has turned out to be a little short of ready cash. Gray plans to redirect the $15 million to help fund the District’s obligations to the pensions of Fire Department and EMT workers and to build up the city’s reserves.

In his communications with the City Council, Mayor Gray took pains to reiterate his support for the Fund and to put it on his wish list should more money suddenly appear. Of course, the problem is that Gray will be out of office sometime soon, replaced by one of two city council members running in the general election, before or after which he will probably be indicted as part of the ongoing probe of his previous campaign.

The City Fund requires recipients to conduct evaluations of their work against quantifiable metrics. With an average grant size of a little over $60,000 for the first round of grantees, the notion of reporting on the success or failure of these grants against measurable outcomes looks a little strained unless the grant funds are directed to small, discrete project activities. For most nonprofits in the District, a City Fund that helps with core operating support would be most welcome. The evaluation that is really needed is what a $15 million allocation does to strengthen nonprofits serving District residents—and whether this City Fund does so without a corresponding reduction of funding support for nonprofits from other D.C. government programs.—Rick Cohen