De Blasio Declares No Tolerance for Inequality in Inaugural 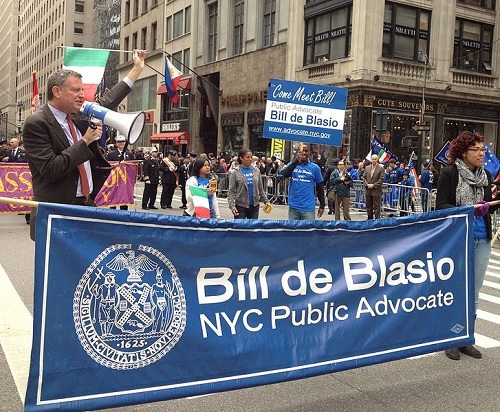 Fiorello La Guardia—the man I consider to be the greatest Mayor this city has ever known—put it best. He said: “I, too, admire the ‘rugged individual,’ but no ‘rugged individual’ can survive in the midst of collective starvation.”

In its trends for 2013 and predictions for 2014, NPQ declared that the election of Bill de Blasio was a harbinger of a larger trend toward more progressive local elected officials, so this speech should be of interest.

Bill de Blasio, the new mayor of New York City and an avowed progressive, stood outside City Hall yesterday to declare in his inauguration speech that his administration would focus on social and economic justice. De Blasio was previously the city’s public advocate, and before that, a city councilman.

“We are called to put an end to economic and social inequalities that threaten to unravel the city we love,” he said. “And so today, we commit to a new progressive direction in New York. And that same progressive impulse has written our city’s history. It’s in our DNA.”

“We do not ask more of the wealthy to punish success,” de Blasio said to a crowd that included the Clintons and singer/activist Harry Belafonte. “We do it to create more success stories.”—Ruth McCambridge