Death Row Inmates and the Lawyers Who Fail Them 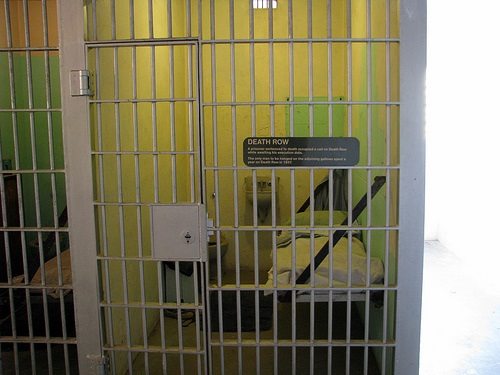 The cases that are most often burned into the public’s memory are those where some sort of profound injustice has occurred to the victim and the alleged murderer has been absolved or remains free. Consider the O.J. Simpson verdict, the murder case against Casey Anthony involving her daughter, or even Amanda Knox. While most of us can rattle off a few infamous acquittals that boiled our blood as well, very few are likely to be able to name a single case of a prisoner who was wrongly treated by the justice system or the lawyers that were responsible.

Yesterday, the new journalism site, The Marshall Project, along with the Washington Post, released a two-part investigative report looking into 80 cases of capital offenses and shining a light on the issue of incompetent, unqualified, and untrained lawyers failing to submit Federal habeas appeals prior to the deadline and to the detriment of their clients. A nonprofit journalism organization focused on investigating the criminal justice system, the Marshall Project officially launched its website this past weekend, with Bill Keller, previously the executive editor at the New York Times, at the helm. The Project joins a burgeoning field of investigative reporting into the justice system, already led by other organizations and individual reporters.

There are three appeals that can be filed after a client has been convicted: direct appeal, state post-conviction appeal and, lastly and under contention in the report, the federal habeas appeal. After a direct appeal is denied, a 1996 law initiates a yearlong deadline within which the lawyer must file the federal habeas appeal, if they intend to. In short, when these lawyers fail to turn in their petitions within the one-year deadline, after both the direct appeal and state post-conviction appeal have been denied, the prisoner has effectively exhausted their available appeals and is left with very little, if any, recourse.

Both part one and part two of the feature include frustrating cases where lawyers missed the deadline, leading to their clients’ executions. Michelle Kraus, an experienced defense attorney, worked on Gregory Scott Johnson’s case for 10 years, including preparing a federal habeas petition. Johnson was convicted and sentenced to death for the murder in 1986 of an 82-year-old woman during a burglary. Kraus dropped the petition in the mail, arriving one day late. As a result of the petition’s tardiness, Johnson’s execution continued in 2005. According to the report, of the 80 cases that are examined in which the deadline was missed, 16 prisoners went on to be executed.

In other cases, a missed deadline means a prisoner misses the chance to present to the court a strong case for an appeal. William Kuenzel was convicted of a 1988 murder of a convenience store clerk and sentenced to death. However, after new evidence was found 22 years after the trial indicating the prosecution had buried evidence that undermined their case, Kuenzel attracted a strong following of supporters, including former district attorneys who strongly believed prosecutorial misconduct had occurred. However, Kuenzel’s lawyer missed the deadline by nearly three years due to a technicality unknown to the lawyers. Last known, the state was looking to set Kuenzel’s execution date this past September; Kuenzel’s most recent opposition was filed in October.

Why does this happen so frequently? Patience may be a virtue, but timeliness is certainly a requirement for most professions, particularly those in which a life is at stake. The report shines a light on the convoluted nature of habeas law, often misinterpreted or misunderstood by lawyers who may believe they are filing a petition on time only to be off by days or even years, as in Kuenzel’s case. In other situations, lawyers simply don’t care or don’t want to exert the effort that is required in unraveling the law and keeping track of the timeline.

As seen with Johnson and Kuenzel’s cases, the consequences rest on the prisoners’ shoulders and, in the end, they are the ones who remain behind bars or are executed. In Johnson’s case, the court wrote, in reaction to Kraus’s mistake, “Lawyers are agents. Their acts (good and bad alike) are attributed to the clients they represent.”

In about a third of the 80 cases, the court found the lawyers’ behavior to be beyond negligence and allowed the prisoners to go forward with their appeals. In light of these cases, the report asks a very important question: Why aren’t these lawyers punished for their failures? As noted in part two of the report, even after the federal court found some lawyers’ behavior to be “inexcusable” and “deeply unprofessional,” they did not receive any sort of sanction from the bar association or any other agency.

Although the Marshall Project report only examined 80 cases out of the millions that are settled both inside and outside the courtroom, their report represents a significant problem within the system of lawyers bungling their jobs without repercussions. For example, if a follow-up report were to be conducted on the prosecutors who, in Kuenzel’s case, were found to have buried exculpatory evidence, reporters would find most likely the attorneys would not be facing any sanctions. Prosecutors are rarely disciplined for such misconduct, in part because it is difficult to prove misconduct has occurred.

The same story rings true for prosecutors where misconduct has been found. City Limits, an nonprofit investigative journalism organization, looked into prosecutorial misconduct in the Bronx district attorney’s office when similar problems arose in Brooklyn this past summer. City Limits found “that the office has a history of inaction when it comes to misconduct.” In one case, dating back to April of this year, a man spent eight months at Rikers Island awaiting trial for rape charges when it was discovered the prosecutor withheld evidence that the victim admitted the sex was consensual. However, since 1975, only one prosecutor has been disciplined for while prosecuting a case, providing a small vignette into the larger issue of sanctioning attorneys.

Worse yet, lawyers who showcase their incompetence in mishandling habeas appeals may go on to aid in other habeas appeals unchecked. Mary Catherine Bonner, an attorney in Florida, was a repeat offender when it comes to missing the petition deadline in death-penalty cases. One case, she was 210 days late; in another, 312 days late; and in yet another, 278 days late. Judge Timothy J. Corrigan voiced his concern and frustration over Bonner’s actions in two of these cases: “It is hard for me to fathom how a lawyer who asked for and received the appointment of this Court, could abdicate the most basic function of filing the petition on time.”

It’s certainly easy to share Corrigan’s shock over this seemingly pervasive ineptitude—avoidable, preventable, and detrimental to the system. In both of Bonner’s cases that Corrigan oversaw, he granted the prisoner’s “equitable tolling,” forgiving the missed deadline. “I would be remiss,” Corrigan continued, “if I did not share my deep concern that in these cases our federal system of justice fell short in the very situation where the stakes could not be higher.”

Clearly distressing to both judges and the Justice Department, outgoing attorney general Eric Holder noted that he would remark on issues with the death penalty and the missed deadlines to President Barack Obama. “When you’re talking about the state taking someone’s life, there has to be a great deal of flexibility within the system to deal with things like deadlines,” Holder said. “If you rely on process to deny what could be a substantive claim, I worry about where that will lead us.”

As advocates for clients who do not have the necessary legal knowledge to defend themselves, these lawyers’ failures to file their petitions essentially strip prisoners of their constitutionally granted habeas corpus rights. These failings, as recorded in this report, reflect the need for journalist watchdogs to follow and report on those upending the justice system.—Shafaq Hasan

More about: InequalityPolicies and Laws