Debating the Realities of Ranking Charities 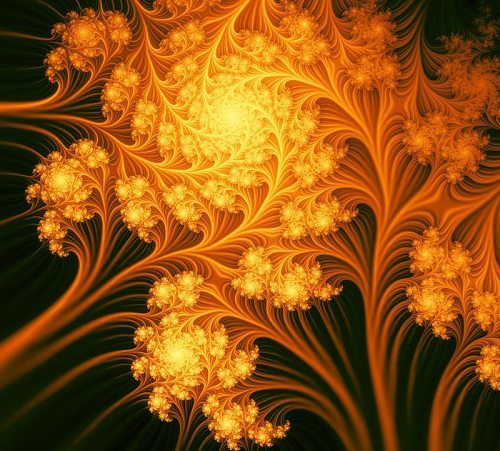 Editor’s Note: The following essay, written by Charity Navigator President and CEO Ken Berger, is one part of a two-part point/counterpoint series. The other essay in this series, by William Schambra, director of the Hudson Institute’s Bradley Center for Philanthropy and Civic Renewal, is available here.

In order to discuss the merits of a charity ranking organization like Charity Navigator (hereafter CN), we must define at least a couple of basic concepts. First, we must specify which charities CN evaluates. One of the major criteria that we at CN use is that the charity must be over $1 million in annual revenues. Only about six percent of U.S.-based charities are that large. Furthermore, we do our best to follow the money and focus on the biggest charities first.

The other important definition we must take into account refers to what we evaluate. We believe there are three critical dimensions a charity must report on and that a donor must consider in order to be a wise social investor/charitable giver. For the sake of brevity, I refer readers to the methodology section of our website, as well as information on the site regarding the critical new feature that assesses the quality of how a charity publicly reports on the results of its work.

Many observers have noted that the vast majority of donors make their donations based on their heartfelt motivations and do not consider a charity’s performance when making charitable decisions. Some observers believe that this is and will always be the case. Others, including CN, do not agree. In our case, we can point to the record breaking six million site visits we had last year to indicate that an increasing number of donors are looking for evidence of performance by charities. Furthermore, the research from Hope Consulting (Money for Good) indicates that 90 percent of donors surveyed consider organizational effectiveness what matters most. On the other hand, their research also indicates that only two to three percent of donors actually go looking for evidence of effectiveness.

How can we reconcile these apparently contradictory findings? I think the answer can be found in the four years of research we did at CN to develop the results reporting dimension of our evaluation system. From this research effort, we discovered that the vast majority of nonprofits do not publicly report on the results of their work. Therefore, most donors are making a rationale choice to not seek out data on effectiveness because there is “no there there!” It is our belief that we can increase the two to three percent of donors who do research to a substantially higher percentage once CN 3.0 (our three-pronged rating system that evaluates a charity on financial health, accountability and transparency, and results reporting) “nudges” enough nonprofits to publicly report the results of their work.

Unfortunately, I think the charitable sector has an even bigger problem than not publicly reporting their results. As noted by David Hunter in his article, “The End of Charity,” “…there is virtually no credible evidence that most nonprofit organizations actually produce any social value.” This is the sobering reality in most of the charitable sector today. Therefore, the greatest challenge for the largest nonprofit sector in the history of the world (which resides in the USA) is to know that what it is doing is actually leading to meaningful and lasting change in communities and peoples’ lives (i.e. creating social value). For this to happen, charities need to develop and utilize a robust performance management system to measure the results of their work. We hope that our efforts will help foster this change.

The for-profit sector has a more direct feedback loop from its customers because they are both the payer and the recipient of the product or service. However, in the case of the charitable sector, the customers (beneficiaries, clients, consumers, patients, etc.) often do not fund the charities that serve them. Therefore, it is typical that their perspective is not being fully considered in the operations and performance of the charities that are supposed to serve them. The results reporting dimension of our evaluation system includes a measure of beneficiary feedback (we call it constituent voice) to help solve this problem.

Here is a critical data point that further encourages us to believe that we can help the movement to solve the aforementioned problems: since launching CN 2.0 in September of 2011, roughly 50 percent of the charities that we evaluate have made changes to the way they operate (i.e., board composition, ethical and other best practices, etc.). Therefore, we are hopeful that CN 3.0 will produce a similar result, encouraging more and more charities to focus on results. We believe that is why Paul Brest, the former president of the William and Flora Hewlett Foundation and one of the preeminent experts on results in the nonprofit sector, has told us that we are doing “the most important work in the nonprofit sector today!”

William Schambra, director of the Hudson Institute’s Bradley Center for Philanthropy and Civic Renewal, has made a number of statements on this subject that I believe warrant a rebuttal.

1) Schambra quotes a finding from the Hope Consulting report: “While donors say they care about nonprofit performance, few donate to the highest performers.”

Although the Hope Consulting report notes that only two to three percent of donors actually use information based on relative performance of charities, the report also indicates that there are 15-16 percent of donors who seem to be very interested in focusing their social investing on charities with evidence of meaningful results. If this 15-16 percent who are motivated to do more were given the information to do so, it is estimated it would unleash a $25-$50 billion in additional giving. This is a potential increase of 17 percent! CN 3.0 was created not only to unleash that potential social investing, but also to further direct the estimated $5 billion to $10 billion donated by our existing users, as well as to increase the number of people who become social investors.

2) Schambra suggests that CN 3.0 is just the latest chapter in an ongoing effort in the history of scientific philanthropy that shows no evidence of changing things for the better but instead buries charities in the burden of reporting meaningless information.

The majority of the history of so-called “scientific philanthropy” focused more on counting activities and outputs, not outcomes. It is only within the past couple of decades that the “outcomes movement” has truly taken form. We agree that many charities are drowning in the requirement to generate data for funders that is largely meaningless. Therefore, all of us must be advocates for funders to engage in a dialogue with the charities they fund to assure that the data reported is related to measurement that indicates the creation of social value. Furthermore, those same funders need to help pay the infrastructure costs and provide expertise to assist charities in creating the performance management systems required to manage, measure and report on results.

The other significant historical change that indicates we are at a critical tipping point is access to powerful information technology (IT). The improvements in IT have made it much easier, less expensive, and quicker to monitor, manage, compile and analyze data.  There are now quite a few early adopters in the charitable sector that are taking advantage of these developments and they are showing the way for many more charities to improve their results.

As to evidence that the focus on performance management and measurement is changing things for the better, here is one of countless examples I could offer: There are 117 cystic fibrosis clinics around the country. With their intervention, 110 clinics extend people’s lives, on average, by about 23 years or so (the average without intervention is seven years of age), taking them into their thirties. In the seven other clinics, people’s lives are extended an additional 20 years into their fifties. Why? Because these seven clinics operate with a relentless and rigorous focus on outcome monitoring and measuring. Where would you want your child to go?

3) Schambra argues that donors give with their hearts and that this is crucial to the survival of the American democratic system, which requires an engaged citizenry. Charities, he says, provide the perfect vehicle for this.

I am all for encouraging democracy, getting people involved, and encouraging citizens to join small local groups to become engaged and empowered. Please remember, though, that roughly 50 percent of charities – those typical local groups – operate with revenues of under $25,000 and control less than one percent of the revenue in the nonprofit sector. The reality is that this is not where the majority of contributions are going.

Furthermore, what are you supposed to do when there is a natural disaster somewhere on the other side of the globe? Is the small local charity that you know from personal exposure to it going to satisfy the job required? Don’t you want to know not just whether citizens were engaged but whether the social investment in that disaster really helped people in a meaningful way?

On a personal note, I have spent 30 years in the sector trying to help others. I have run homeless shelters, provided health care to the poor, and worked with people with physical and developmental disabilities. Therefore, I am not speaking from a theoretical standpoint. I have seen first-hand many people that could have been helped more, but weren’t, because we weren’t managing our resources, programs and services very well. If we can get more charities to focus on better managing their efforts to provide measurable social value, it means we can truly save many more lives. In other words, this is a life and death discussion we are having today. I urge you to think deeply about this and hope you will join with us as we strive to win this “battle for the soul of the nonprofit sector.”

Ken Berger is the president and CEO of Charity Navigator.