Decreasing Arts Attendance: What You May Not Know 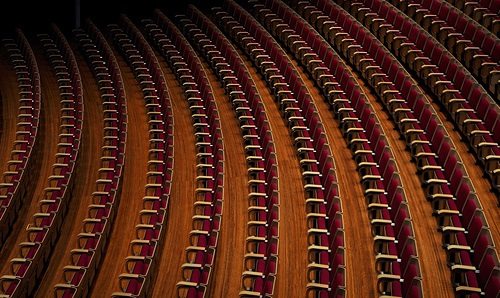 We too often hear the arts are “expendable” or “luxury” items when it comes to budgets and spending. Recently, the National Endowment for the Arts (NEA) released three separate studies relating to audience arts attendance, the reasons for attendance, and how this affects the overall U.S. economy.

One study explores barriers and motivations that affect arts attendance, another dives into the results of a public survey about participation in the arts (from 2002-2012), and a third analyzes (with partnership from the Department of Commerce’s Bureau of Economic Analysis) the arts and cultural sector’s impact on the United States’ Gross Domestic Product (GDP). These three studies collectively reflect previous models of analysis in addition to elements such as motivations and reasons of attendees and the economic impact resulting from this activity.

As with any report or study, it is imperative to identify the context and terms in which the statistics from these reports are generated. When referencing “arts activities,” this refers to what the report calls “benchmark arts activities” (this includes jazz events, classical music performances, opera, musical plays, non-musical plays, ballet, and art museums or galleries—leaving many other art forms out of the study). These art forms were tracked over time (since 1992) and had the greatest amount of data to incorporate into the study. The report highlights that 41 percent of adults attended at least one benchmark arts activity in 1992—that’s as compared with the 2012 data, which shows 33.4 percent of adult attendance. The decline itself is not new to the arts and cultural community; however, what is new is the deeper analysis of how and why attendance members attend. This information may be useful for purposes of planning to change the decline in attendance.

The second study identifies the motivations and reasons why the public attends arts events and what proves to be a barrier to attendance (regardless of the reason for attendance). The highest ranked motivations for attendance include socializing with friends or family members (73 percent), learning new things (64 percent), and supporting the community (51 percent). In contrast, the highest ranked barriers for attendance include lack of time (60 percent); lack of accessibility (in terms of location for retirees, elderly, and those with physical disabilities); and lack of an attendee partner (22 percent). These are new revelations that have not been surveyed before and provide additional context to the economic data.

The third study explores more in depth statistics demonstrating arts attendance impact on the U.S. GDP. The data here reveal a greater impact than has been previously perceived. Arts and cultural activities contributed over four percent to the U.S. GDP, which was more than the construction sector or the transportation and warehousing sector. In addition, 4.7 million individuals were employed in some way by the arts and cultural sector (in 2012).

“The implications from this research are significant,” said NEA Chairman Jane Chu. “The findings show that there is great diversity in how people engage in the arts, and this gives us a framework to use our creativity to innovate new ways to reach these audiences.” At a time when funding and support for non-profit arts and culturals is on a decline, it is more important than ever to prove the impact to our representatives, communities, and leaders. With reports like these and other arts advocacy groups like Americans for the Arts, we are evolving from a perspective of “art for art’s sake” into “art for business’s sake.” No longer are arts and culture something “extra”—they are an economic driver that impact our neighborhoods, our jobs, our employment, and still as always, our creativity.—Jennifer Swan