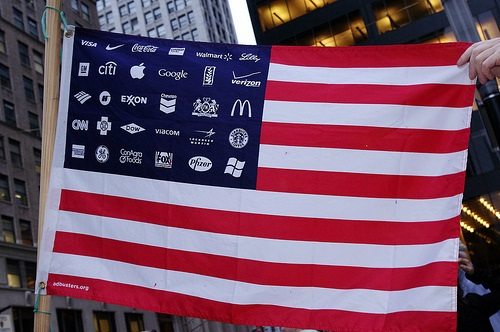 The tagline of Nonprofit Quarterly reads, “Promoting an active and engaged democracy.” The statement doesn’t really refer to NPQ, but to our belief in the role of the nonprofit sector. Nonprofits, we hope and believe, are the bedrock of democracy and mechanisms for democratic participation.

If that’s the case, nonprofits will find the recent report from Martin Gilens of Princeton University and Benjamin Page of Northwestern University disconcerting in the extreme. The two professors examined survey data on 1,779 public policy issues to gauge the influence of average citizens, economic elites, mass-based interest groups, and business-dominated interest groups. Their conclusion, according to Allan J. Lichtman, writing for The Hill? “Ordinary Americans have virtually no impact whatsoever on the making of national policy in our country…Rich individuals and business-controlled interest groups largely shape policy outcomes in the United States.” The influence of ordinary Americans, Gilens and Page write, is “non-significant, near zero level.” Even mass-based interest groups, Lichtman reports, had minimal influence.

It isn’t surprising to hear that wealth and business rule America, but it is troubling to note, as the study authors do, that the preferences of ordinary citizens and business groups “often sharply diverge and when they do, the economic elites and business interests almost always win and the ordinary Americans lose.” It is a myth that business groups and rich people basically share the interests and preferences of ordinary Americans. The idea that deep down, we all really agree in essence is simply not true. There may be points of convergence here and there, but in the American polity, where you stand is where you sit—and the rich and the corporate sector aren’t pursuing a policy agenda that ordinary citizens want and share.

Lichtman titled his article Who Rules America?, which is the title of Bill Domhoff’s iconic book, which in itself follows Robert Dahl’s Who Governs?, the latter written in the 1960s and a staple of American political science reading lists. Domhoff’s thesis is clear:

“The owners and top executives of the largest corporations, banks, investment firms, and agri-businesses come together as a corporate community. Their enormous economic resources give them the ‘structural economic power’ that is the basis for dominating the federal government through lobbying, campaign finance, appointments to key government positions, and a policy-planning network made up of foundations, think tanks, and policy-discussion groups. The CEOs and owners in the corporate community, along with the top executives at the foundations, think tanks, and policy-discussion groups, work together as a leadership group that I call the power elite.”

Gilens and Page indicate that they may have even underestimated “the real world impact of elites upon public policy.” They suggest that ordinary citizens may be to blame, because they don’t turn out to vote. While low voter turnout is a real problem, that fact is not sufficient to explain how corporate and wealthy elites dominate, structure, and warp the electoral process through campaign financing.

Our concern is that the nonprofit and philanthropic sectors have their own share of responsibility for this. A recent report by Brad Rourke from the Kettering Foundation, summarizing the results of three nonprofit/foundation roundtables on philanthropic accountability, suggests a range of nonprofit and foundation behaviors that perhaps exacerbate the ineffectiveness of ordinary citizens in the political process. The Kettering report cites foundations and major donors substituting themselves for citizens and voters in major policy decisions in Detroit (the bankruptcy) and Newark (Mark Zuckerberg’s behind-door negotiations on the school system) and the less-than-democratic practices of foundations engaging in “strategic philanthropy” (described by one roundtable participant as “foundations now deciding that they know what the problem is and that they know what the solution is and that they’re now going to be subcontracting [with nonprofits] to actually do the work as if they are paid employees or paid consultants.” All of those examples weaken the participation and influence of ordinary Americans in the political process.

Are foundations and their nonprofit supplicants actually “promoting an active and engaged democracy?” The research findings from Gilens and Page would suggest that if they are, it’s not working, and if they aren’t, the nonprofit and philanthropic sectors are part of the problem that Gilens, Page, and Domhoff describe.—Rick Cohen