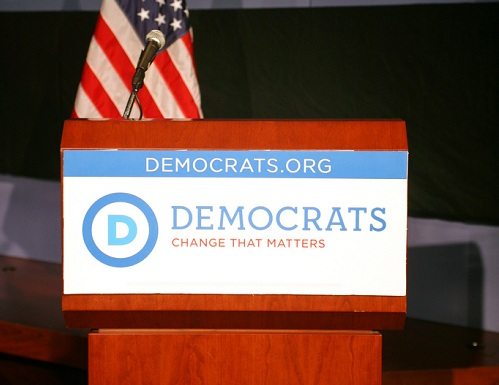 It’s probably good to understand that whatever information you give charitable or political solicitors may be used for other purposes. For instance, if you’ve shared information with Democratic Party operatives regarding your name, address, political affiliation, and more—such as views and preferences—you might have had your information sold to “approved” nonprofit groups such as the NAACP. This program is a strategy of the National Voter File Co-op, which was created by state Democratic Party leaders to generate some money for the cost the party put into solicitations.

It’s important data. Recall how sophisticated political field operations have become in predicting voter attitudes and behavior. Lo and behold, the Democrats are now considering selling that information to credit card companies and retailers like Target. According to Drew Brighton of TargetSmart Communications, which is contracted to administer and market the information for the Co-op, the potential of selling the information to commercial entities is considered a “growth area.” Brighton says he and his colleagues “are going to go ahead and make the rounds with some corporate prospects” on behalf of the Co-op, anticipating interest because companies “want to know who shops in their stores.”

Salon says that the state Democratic Party directors will be able to nix sales of their particular voter data profiles if they’re uncomfortable with the purchaser for one reason or another. For example, Ken Martin, the chair of the Minnesota Democratic-Farmer-Labor Party, says that Walmart wouldn’t make his cut because it wouldn’t be “a corporation who shares our values and is going to do some good work with that data.” But would Martin make the same decision about Target? Is it so different from Walmart that it would make Martin’s values hurdle? Does the fact that it happens to be headquartered in Minnesota make a difference? Would Martin’s Arkansas counterpart think differently about Walmart as a potential purchaser of Co-op data?

Salon writer Lois Beckett notes, “In his ‘Consumer Privacy Bill of Rights,’ released last year, President Barack Obama argued that when companies collect personal data from consumers, they should only share it in ways consumers expect. If a company decides it wants to share personal information in a new way, Obama suggested, it should notify the consumers who are affected and provide them with choices about how their data is used.”

Although the president promised to translate those principles into a bill to give to Congress, that hasn’t happened. Would Democratic donors ever have imagined that the Democratic Party would sell their personal and political information to corporations? Expressing situational shock, a Republican Party spokeswoman, Kirsten Kukowsi, wrote to Salon that the GOP has never sold its voter information and would not do so in the future.

Note that the Co-op is dealing with Democratic Party voter information. The information collected specifically by the Obama campaign seems to be reserved, at this point, for use only by Organizing for Action (OFA), the new 501(c)(4) established and run by Obama campaign representatives to promote the president’s policy agenda. But the Obama campaign could obviously sell its data to other groups as well, and potentially to commercial interests. As with the Democratic Party donor lists, it’s not totally clear that all people who gave information to the Obama administration expected that it would be turned over to a new 501(c)(4). OFA spokespersons have suggested that by having shared information with the campaign, Obama donors presumably support the information being used by the new nonprofit to pursue the campaign’s political objectives, but as far as we know, OFA hasn’t asked people on the list to confirm something to that effect.

This may be the brave new world of information solicitation. You may think you’ve answered a question for a political campaign and discover, despite the principle of your rights as a consumer, that the information might be sold for commercial purposes.—Rick Cohen