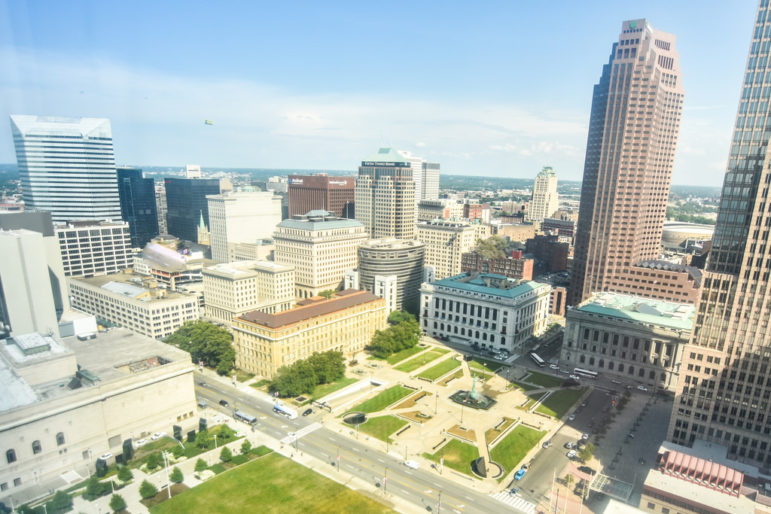 Diana Budd’s article, “How Urban Design Perpetuates Racial Inequality—And What We Can Do About It,” is based on the premise that the built environment was created to reflect—and, sometimes, to maintain—the racial and social inequality which characterized its era. Now, with a heightened awareness of racial and social inequality, designers and social planners are challenged to design for inclusion. In the article, Ms. Budd interviews eight designers and planners to get their perspectives on how to start removing barriers and creating opportunities.

The relationship between the built environment and racial and social inequality is not a new discovery. Generations ago, analyses of transportation and urban renewal policies documented the fact that public projects manipulated the interests of social and ethnic minorities. Ms. Budd cites Robert Caro’s book, The Power Broker, for examples of intentionally discriminatory public works perpetrated by New York City’s legendary Robert Moses. Similar projects not cited in Ms. Budd’s article are examples from Los Angeles, where William Mulholland’s visionary water project crushed the small farmers in the Owens Valley and, two decades later, a stable Latino community was uprooted by the development of a sports stadium at Chavez Ravine.

So what’s “news” in this article? Ms. Budd suggests that Black Lives Matter has roused mainstream Americans to refocus on racial and social inequality. Just as important is the emergence of minority and female professionals in the discussion of urban design decisions. Ms. Budd does a good job of highlighting the contributions of design professionals of color to the current discussion of remediating past design decisions. The contribution of Justin Moore, an architecture professor at Columbia University, is particularly focused on “Redesigning Design.”

Creating shared public spaces is another theme that emerges from several of Ms. Budd’s interviewees. Isis Ferguson, Jeff Risom, and Shin-Pei Tsay emphasize the role of public spaces that are open to all. Historically, the demographic of migrants to Northern cities needed to be “kept in their place” (segregated) in order to preserve white privilege. In an NPR interview this week, an eighteen-year-old Cleveland activist, Naudia Loftis, captured that sense of isolation.

Most people don’t even know that the RNC is coming, for one, around here because who is telling them? And for two—if they do know, they don’t really know what it means, because they’re just like, oh, OK. It’s just about to be a whole bunch of people coming down, or they’re like, what is they redoing downtown for? That’s why I’m like, you don’t know? Like if this is happening in your city, you should know what’s going on.

For others interviewed in Ms. Budd’s article, reforming governance is the key factor in designing for equality. Government has historically been both an instrument of social control by design and a willing accomplice in the efforts of non-governmental actors. In place of de jure segregation, local government managed minorities by withholding code enforcement from racially changing areas or concentrating public housing in areas which were experiencing racial change. Gayle Nelson recounts in her NPQ nonprofit newswire the history of highway construction as a tool to facilitate white flight and fracture stable African American communities.

At the same time, government protected the efforts of the real estate industry to engage in “block-busting,” “redlining,” and subprime lending that restricted housing choice for racial and ethnic minorities. But the shape of governmental remediation is problematic. Right now in the U.S., many citizens are resisting the heavy hand of regulations designed to correct social injustice. Conservatives have done such a marvelous job of blacklisting both regulation and taxation as instruments of social policy that the Obama administration has increasingly relied on executive fiat to govern. Maybe progressives are happy now, but even progressives don’t want to bear the yoke of an authoritarian presidency. Finding a way to reclaim the tools of social policy will be a challenge for a new Congress and administration in 2017. Tax reform that rebalances winners and losers may be one approach. Use of funded mandates (like in Affordable Care Act) may be another.

In the context of these broad social forces, can design professionals help reshape the urban landscape to promote more equity? The “designers” interviewed for the article express hope and acknowledge the scope of the challenges they face.—Spencer Wells