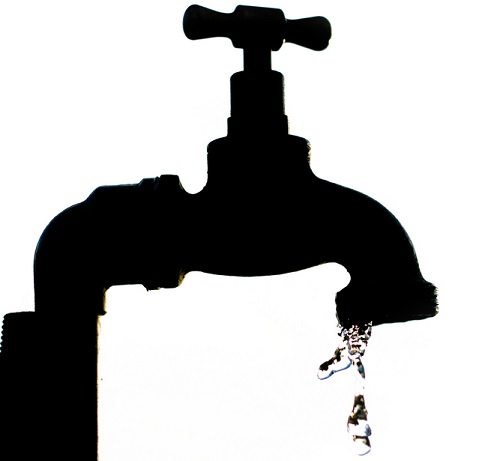 After several weeks of strenuous community protests, the Detroit Water and Sewerage Department announced a temporary suspension of water shutoffs. The 15-day hiatus is meant, according to the Free Press, “to give residents another chance to prove they are unable to pay their bills.”

The Monday timing of the announcement occurred as Detroit Water was required to show up in the courtroom of U.S. Bankruptcy Judge Steven Rhodes to respond to his concerns about the water controversy’s impact on the city’s bankruptcy proceedings. According to the Free Press, a citizen’s group filed a lawsuit asking Judge Rhodes to order the water restored to residential customers. A Water Department spokesperson, Bill Johnson, said he was unaware of a lawsuit.

Detroit Water’s decision follows a protest of more than 1,000 people who took to the streets on Friday. The lawsuit that Johnson said he didn’t know about was filed by the four organizations that had been in the forefront of the ongoing protests against the shutoffs and were among the leaders of the Friday protests—the Michigan Welfare Rights Organization, the People’s Water Board, the Michigan chapter of the National Action Network, and a group called Moratorium Now!—along with 10 residents who had had their water turned off.

The complaint very helpfully lists some of the commercial water customers with very large bills, tens of thousands of dollars larger than the 10 residents described in the legal filing, who weren’t facing the immediate prospect of city contractors turning off their running water. Among the listed entities were two delinquent seven-figure accounts of Chrysler Group LLC, which recently made a sizable donation to Detroit’s Grand Bargain, and two delinquent accounts of the co-sponsor of the Grand Bargain with Detroit’s philanthropic sector, the state of Michigan, with one bill at almost $5 million.

As Detroit is turning off running water on residential customers, the system is plagued with leaky pipes and gushing water elsewhere in the city. Investigative journalist Steve Neavling has documented water spurting from pipes in abandoned schools, vacant fire stations, empty hospitals and factories, and even through the pavement at the Belle Isle Nature Zoo. As we have indicated in earlier coverage of the Detroit water crisis, we suspect that the unexpectedly high water bills discovered by some customers reflected water leaking out from mains and service lines.

Readers should know that Detroit’s water problems, horrendous as they are, are not of recent vintage. A detailed analysis prepared by the Michigan Poverty Law Program/Michigan Legal Services in 2005 calculated the impact of an “average” Detroit residential water customer’s bill on low-income Detroiters. According to the report, water bills alone would consume 8.1 percent of the household income of an average SSI recipient and 9.7 percent for a three-person household receiving the maximum benefit at that time. MPLP/MLS and the Michigan Welfare Rights Organization at that time developed proposals for a water affordability program to help protect low-income Detroiters, but the recent water turnoff crisis demonstrates that affordability plans were never really adopted or implemented, Detroit’s water rates grew far larger than comparable cities, and until street protests, the Water Department was not doing what it could have and should have been doing for Detroit’s large numbers of poor people.—Rick Cohen