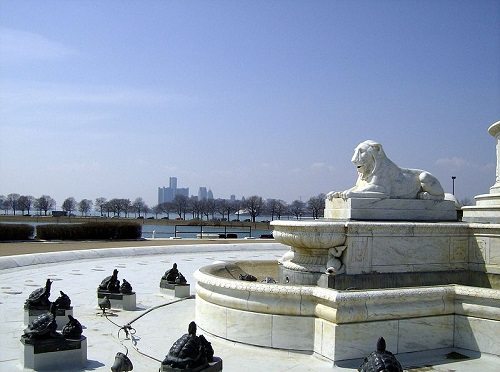 It may be a step in the right direction, but developments in Detroit are difficult to predict from one day to the next. Detroit’s emergency financial manager, Kevyn Orr, has decided to hand over the reins of the Detroit Water and Sewerage Department to Mayor Mike Duggan.

It’s not fully clear from the Detroit News report as to how much authority Orr is actually giving Duggan. Apparently, Orr retains authority to negotiate the “creation of an authority or any other restructuring issue,” a statement which would seem to mean that the notion of privatizing the Water Department may still be a possibility.

At the same time that Orr was giving Duggan some measure of control over the Water Department, the Department’s deputy director, Darryl Latimer, was in the hot seat in a hearing at the City Council. (Latimer appeared, though Water Department director Sue McCormick had been invited to testify.) The Detroit News reported that Latimer acknowledged that the Water Department had only 20 customer service representatives handling calls and requests from the thousands of customers who faced shut-offs or might be seeking payment assistance. The News report also noted that some 17,000 customers had had their water turned off since March, though perhaps half had their service restored after making payments or negotiating payment plans.

While the American Civil Liberties Union of Michigan suggested that the takeover of the Water Department by the Mayor might be a positive step, the overall solutions for the water crisis are hard to determine. For that reason, Rep. John Conyers (D-MI) and Rep. Sheila Jackson Lee (D-TX), joined by national advocacy organizations, delivered petitions with 157,975 signatures to President Obama and Health and Human Services Secretary Sylvia Mathews Burwell asking them to declare a public health emergency in Detroit and order the cessation of all water turnoffs. Duggan and Orr may have some ideas for fixing the Water Department, but they will probably be short of what Conyers and Lee are demanding.

What Duggan and Orr do will affect more than Detroit. “Detroit is not the only place in America where there’s a water problem,” Representative Conyers said at the Capitol Hill press conference on the water crisis. “Depending on how this goes, it’s going to affect the decisions in many other cities and that’s why it’s so important that we intervene at this point.”—Rick Cohen