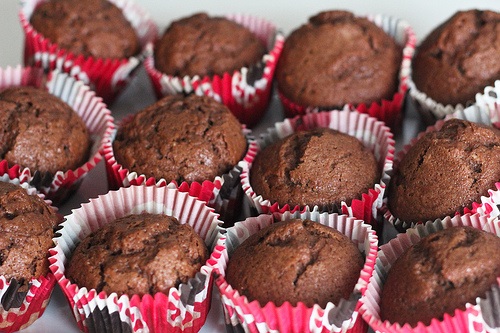 As Detroit continues to rebound and rebuild from the Great Recession and its historic bankruptcy woes, entrepreneurs are playing a critical role. And one particular subset of entrepreneurs—those in the food business—are finding ways to help each other succeed, while at the same time addressing issues of access to good food, sustainability and opportunities for low-income people of color to start and grow their food businesses. Underpinning these efforts is the nonprofit FoodLab Detroit, which provides services and resources to aspiring food businesses. As described on the organization’s website:

“FoodLab is a community of food entrepreneurs committed to making the possibility of good food in Detroit a sustainable reality. We design, build, and maintain systems to grow a diverse ecosystem of triple-bottom-line food businesses as part of a good food movement that is accountable to all Detroiters.”

What began as a loosely organized group of like-minded individuals has evolved into a nonprofit with 144 member organizations and an array of programs and services, including Detroit Kitchen Connect, described by Next City as “a network of shared kitchens in community centers and churches that double as incubator space for FoodLab Detroit members, and also provides low-income entrepreneurs of color access to the organization’s social and financial capital.” In its first year, Detroit Kitchen Connect helped to launch the businesses of 18 FoodLab members and attracted funding from United Way, JP Morgan Chase and the McGregor Fund.

Other FoodLab programs include:

One of FoodLab Detroit’s success stories is baker Lisa Ludwinski, who this spring opened Sister Pie in the city’s West Village, considered an up-and-coming foodie neighborhood. Ludwinski joined FoodLab after attending a workshop in 2012, then began attending Food for Thought sessions regularly and got involved with the Operation Above Ground Committee. Last year, she won $50,000 in the Comerica Hatch Detroit Project, which helped transform her dream of opening a bakery into a reality.

Ludwinski says, “Any chance you get to connect with local entrepreneurs is incredibly beneficial, if only for the emotional reasons, but also because you learn how to take advantage of resources. I think what’s really interesting about business in Detroit is that it’s tempting to feel competitive…but an organization like FoodLab helps everyone feel supportive of one another.”

In a recent opinion piece for USA Today, Detroit Mayor Mike Duggan and JPMorgan Chase Chairman and CEO Jamie Dimon (whose company last year made a $100 million, five-year commitment to Detroit’s economic recovery) cited entrepreneurship as one of the factors contributing to the city “turning the corner” and “building a dynamic economic base.” They observed:

“Detroit is fostering start-up incubators for small businesses in the same industries to share resources and infrastructure. We know that small businesses in clusters—ranging from technology to food services—grow three times more quickly, build neighborhood density and strengthen economic momentum.”

Devita Davison, co-director of FoodLab Detroit, is a native of the city who moved back from New York after Hurricane Sandy destroyed her home. Drawing on her background in marketing as well as first-hand experience in Brooklyn’s foodie entrepreneur community, she helped to launch Detroit Kitchen Connect, realizing that many would-be food businesses were stalled because they lacked access to commercial kitchens.

Davison is motivated in part by her commitment to a diverse community of foodies. “How does entrepreneurship look when you have people of color at the table?” she asks. “We work with people who are opening up cafes, restaurateurs, people who create artisan products, and people who want to open up food carts.”

“But more important,” Davison says, “we work with people who have food businesses who want to be a part of the community. I believe—and I learned this from growing up in Detroit—that there is a tremendous amount of value in local ownership. There’s value in people who own businesses, but are also giving back to the community.”—Eileen Cunniffe