Dictator Philanthropy: How Dirty is Your Money? 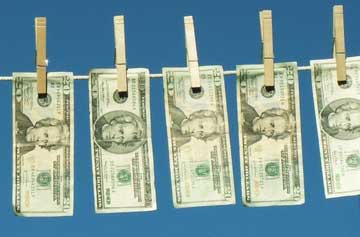 It is a problem that has vexed the likes of the august and respected London School of Economics and celebrities such as Usher, Beyonce, Mariah Carey, and 50 Cent.  When a vicious tyrant like Qaddafi—or in this case, his son at the helm of a putative family foundation—comes bearing gifts, how should the potential beneficiary respond?  Here’s a potential gift acceptance policy guideline concerning donations from reprehensible tyrants and despots such as the Qaddafi family:  Don’t do it.  Just say no.  Just say thanks, but no thanks.

Seems easy, but despite formal or informal gift acceptance policies, the lure of big money is difficult to resist.  There’s something about gift horses that makes the donation difficult to turn down.  Sometimes you can claim ignorance, like the rapper Usher’s contention that he didn’t know that Qaddafi was a dictator.

To be fair to Usher, top-notch political scientist and expert on the world of Islam, Benjamin Barber, served on the board of the Gaddafi International Charity and Development Foundation, run by Qaddafi’s son, Saif al-Islam, until the western nations’ involvement against Qaddafi’s attempts to butcher Libyans opposing his rule compelled him to resign, earning himself the sobriquets of “shill” and “apologist.”  Similarly, the Monitor Group global consulting firm, co-founded by Harvard professor and business guru Michael Porter (who also co-founded the Foundation Strategy Group and the Center for Effective Philanthropy), took a $3 million contract with the Qaddafi regime to put Porter, Barber, Joseph Nye, Francis Fukuyama, and other notables to work on improving Libya’s image and reputation, including writing (though not completing) a book under Saif’s name.

Although Egyptian dictator Hosni Mubarak was ranked as the world’s 20th worst dictator in 2011 (before being deposed in the “Arab Spring”) by Parade Magazine, U.S. Vice President Joe Biden said Mubarak wasn’t a dictator at all.

Obviously, these are people well versed in the geography of international despotism who cannot claim Usher’s ignorance as an explanation or excuse.  Porter, Barber, and others simply took the money, but decamped when Qaddafi’s military began strafing civilian protestors.  Apparently, green was pretty good for a while, and like the London School of Economics which also took Qaddafi’s charitable money, criticisms of being in bed with the Qaddafis were apparently resistable, given the bank accounts, until the regime began using tanks and jets on civilians.

Does it take gunships (and in LSE’s case, student protests) to turn a turn-your-nose charitable partner like Qaddafi into an unacceptable partner?

There is a comparison with the guidelines some nonprofits use as guidance on corporate donations.  The Financial Timesreferences the president of the Sabin Vaccine Institute “reluctantly” turning down a $1 million donation from Imperial Tobacco to finance research on a vaccine for schistosomiasis, a decision forced by criticisms of other health researchers when they stumbled onto the news. But clearly, while tobacco has helped kill millions of people by selling them cancerous smoking sticks, there is something different about taking money from a tyrant who rules and frequently kills by force.

The range of pariah dictator donors includes the tyrannical leaders of nations with some wealth and assets (such as oil) as well as many nations with little or none.

Are charities large and small so desperate that they will snuggle up to nearly any donor who has excess green to distribute?  Is the theory that it doesn’t matter where the money comes from if the charities can put it to good use?  Is taking money from dictators any worse than taking money from corporations such as Exxon-Mobil, the winner of the Corporate Accountability International’s award as the worst corporation in 2009, or Monsanto, the winner in 2010?  Or is this money any more tainted than the grants from foundations whose eponymous founders make their billions during the “Robber Baron” era of suppressing workers’ rights and killing protesting workers with hired thugs?  Why not simply take the money, and by the nonprofits’ use of the funds, make it charitable and productive?

Why?  Because you are what you eat, your organization is invariably affected and infected by accepting money from dictators motivated to buy their way to public images that make them less insalubrious in front of the international court at The Hague or in the world’s press.  These dictators have the power of the state at their disposal to suppress entire population.  As questionable as it might be for some of the most respected nonprofits in the world to accept and promote donations from the likes of Exxon-Mobil, the dictators who carry out policies of repression, discrimination (for example, against lesbian, gay, transgendered, and bisexual populations or against racial, ethnic, or religious minorities), and worse make them bad candidates to be cast as impromptu philanthropists.  It shouldn’t have to take the likes of Qaddafi’s jets strafing civilians in Benghazi to vault from embarrassing donor to unacceptable donor.

Most nonprofits are unlikely to get a knock on the door from Prince Alwaleed, but the world is shrinking, national boundaries becoming more porous to cross-border philanthropy.  Should your organization find itself face-to-face (or checkbook-to-bank-account) with Myanmar’s Tan Shwe, Sudan’s Omar Al-Bashir, North Korea’s Kim Jong-Il, Alexander Lukashenko of Belarus, or Eritrea’s Isayas Afewerki, all unlikely because they’re usually the ones with their hands out palms upward, here is a gift acceptance policy to consider.

1.     Know your organization’s own values regarding what these dictators typically do to their own citizens: oppressing women (Saudi Arabia), killing juveniles (Iran), starving their own citizens (North Korea), implementing policies of genocide (the Sudan), or suppressing independent media and free and fair elections.

2.     Read, study, monitor information about the world we all live in:  the notion that North Americans don’t know or care or can’t be bothered with information about other countries is unacceptable and embarrassing.

3.     Do not accept money from dictators who suppress freedom of the press:  despite variations among dictators’ heinous policies, the common characteristic is that dictators do not permit much or anything of the media other than state-controlled media.

4.     Do not let yourself be used as an arm of another country’s foreign policy, where donations contain a quid pro quo that your nonprofit has to implicitly or explicitly promote or defend that nation’s reputation and interests.  The fact that the money might come from a dictator’s family foundation, usually capitalized by national resources looted by the strongman, doesn’t make the source “private” or “charitable” in the case of a dictator’s eleemosynary generosity.

5.     Follow a policy of transparency and accountability for all donations:  This is the toughest elements of these guidelines, because so many nonprofits defend to the marrow their right to keep the names of donors and the amounts they donate completely secret.  But when donations are coming directly and directly from foreign nations and their leaders to pursue agendas in their own interests, a lack of transparency, particularly about the terms of such donations, serves the interests of the donors, but not the nonprofit.

In 2002, Libya offered to pay $1 million to the families of each of the victims of the bombing of PanAm flight 103 (259 on the plane and 11 killed on the ground in Lockerbie, Scotland), including the families of the 35 Syracuse University students killed.  The source of the money was reportedly going to be private funds.  The mechanism used for the compensation happened to be the Gaddafi International Charity and Development Foundation, which happened to receive much of its funding as unrestricted transfers from the Libyan government.  The entity might have had the surname “foundation”, but Saif’s charity, whether paying compensation to the Lockerbie victims’ families or making a contribution to the London School of Economics, was an arm and instrument of the Libyan government.

Ben Barber wasn’t the only famous intellectual who should have known what they were getting into when they joined the board of Saif’s foundation.  Other notable resignations in the aftermath of Qaddafi’s war (which Saif boasted would lead to “rivers of blood” of the insurgents), included world famous Peruvian economist Hernando de Soto and Britain’s 1993 Nobel Prize winner for medicine, biochemist Sir Richard Roberts who claimed not to have known about the LSE grant or other major foundation initiatives despite his position on the board.

These brilliant, admirable, and for all intents and purposes honest people have now had their integrity impugned by having served as unwitting shills for the Qaddafi regime.  If nonprofits exercise a bit more judgment than these famous people, they don’t find themselves having to explain away their service to international despots.