As readers know, NPQ has been urging direct care nonprofits to reject the expansion of “wage ghettos” within our sector through the growth of services that pay less than a living wage. The workers in these fields are overwhelmingly women and people of color, and the low-wage environments lead to rapid turnover, which then leads to lower quality service. But in order to resist being party to those lose-lose wage ghettos, nonprofits must advocate for higher rates to pay for living wages, restructure their organizations to act more as cooperatives, or both.

This past weekend, we noticed a number of articles showing local Arc organizations serving people with intellectual and developmental disabilities publicly grappling with the issue.

In New York, agencies are facing something of a burning platform; the state has mandated a minimum wage increase for FY 2017-18 but has not yet raised rates to help direct service nonprofits pay the higher wages. Local lawmakers met with the Arcs of Chemung, Schuyler, Steuben and Yates counties last week to discuss the issue:

“This is not something that’s surprised us,” (Senator Tom) O’Mara said. “It’s going to have a big impact on agencies like the Arc. We’re here to try to work together on a strategy to help make up for what is going to be a major impact. Service provider agencies have very tight budgets as it is. This is going to exacerbate the staffing issues that already exist.”

“The impact of the unfunded minimum wage increase on agencies that serve the most vulnerable New Yorkers, those with developmental disabilities, is one of the most important issues we’re facing,” (Assemblyman Phil) Palmesano said. “If we are not making sure the quality of life and quality of care for developmentally disabled people is addressed, then we’re failing the taxpayers and failing New York. We have to make every effort to make sure we’re addressing this need.”

Provider and advocacy groups have developed a statewide campaign to address the issue:

The coalition group bFair2DirectCare is asking Gov. Andrew Cuomo for an extra $45 million in Medicaid funding over the next six years to raise caregiver pay to $17.72 an hour in the New York City area and $15.54 an hour in the rest of the state.

On average, a caregiver’s pay starts at $9 an hour to $11 an hour, according to Steven Kroll, executive director of NYSARC, the parent ARC organization in New York.

In Maryland, an op-ed in the Carroll County Times penned by four local nonprofit executive directors calls attention to the inadequate wages of direct care workers. Those authoring the piece represent organizations that serve people who need such care, including The Arc of Carroll County. In their letter to the community, they enumerate the many ways in which direct care workers may have supported you, a neighbor, a friend, or a loved one:

Every day in Carroll County, hundreds of our fellow citizens are being supported by direct support professionals, who deliver valuable and needed services. Examples include counseling for an addiction, supporting someone with a disability on their first day of work, tube feeding someone who has difficulty swallowing, providing crisis management to someone who is having a bad day, transporting someone to a physician’s appointment or helping someone figure out their weekly budget.

But, they point out, the pay for these positions is often below a living wage, at $10 to $14 per hour. This, they write, “communicates a message that society places a low value on their contributions.”

That low valuation has an effect on the stability and quality of services to older people, people with disabilities, and children precisely at the point when the demand is increasing. All this, taken together, will create a perfect storm of bad practice and bad press if the sector does not unite on the issue.—Ruth McCambridge 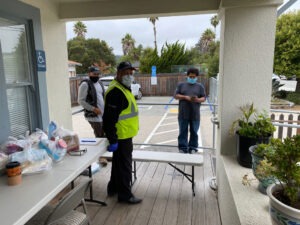 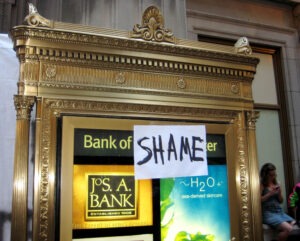 Crisis within a Crisis: Health Workers on the Front Line of...