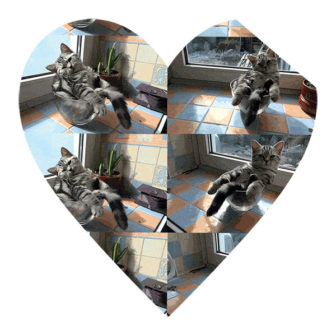 Last month, a three-day arts festival “by and for disabled artists” was presented at Performance Space New York, a nonprofit venue whose website describes its “traditions of integration, political involvement and vehement interdisciplinarity.” The festival, titled “I wanna be with you everywhere” (IWBWYE), was developed by a diverse group of artists working with the UK-based political arts nonprofit Arika in collaboration with Performance Space New York and the Whitney Museum of American Art. As described by Chloe Crawford in Hyperallergic, the organizers included “an enviable talent pool of mostly queer and trans disabled artists and writers of color.”

The project’s website makes it clear that while the performances were planned, the overall festival experience was meant as an open-ended invitation to artists and audience members to co-create:

I wanna be with you everywhere is a gathering of, by, and for disabled artists and writers and anyone who wants to get with us for a series of crip meet-ups, performances, readings and other social spaces of surplus, abundance, and joy. It refuses policies of individuation and inclusion in favor of (and in the flavor of) whatever disability aesthetics has in bodymind. We won’t know what this is ‘til it shows us, but we do know that disability communities don’t only make art about disability.

The organizers adhered to the principles of Disability Justice in planning the festival. Their approach included making each element of the program as fully accessible as possible, exceeding the basic requirements of the American Disabilities Act and striving for “access intimacy,” which makes every participant feel as though their “needs have been respected, anticipated, and lovingly welcomed.” For example, a group of three DeafBlind poets—John Lee Clark, Hayley Broadway, and Rhonda Voight-Campbell—“used Protactile language to deliver their poems to each other,” essentially acting out their words through touch with and on each other’s bodies. Meanwhile, an interpreter described their poems for the audience in writing and out loud, followed by the words being projected on a screen behind the performers and delivered in American Sign Language.

The menu of accessibility support options offered for IWBWYE is exceptional, including a travel fund for potential audience members with no way to get to the venue. This is, of course, a radical approach to making art accessible, and one that most nonprofit arts organizations would struggle to match. Increasingly, though, arts experiences are becoming more inclusive—with attention not only to building access and seating, but also to light, sound, and tactile aspects of an arts experience that might unintentionally exclude or challenge some audience members. They also offer “relaxed” performances where audience members are allowed to be themselves—even if that means moving around or speaking/making sounds during a performance. But these are hard-won accommodations that have taken many years to begin taking root in the mainstream arts sector. NPQ wrote about a Ford Foundation-funded program in which dancers with disabilities staked a claim to “radical space” on the stage, programming that is was similarly rare and in high demand.

The relatively slow pace of change in understanding and advancing accessibility is, of course, one of the key points that was underscored by IWBWYE. But it wasn’t the only one: the art itself—which Crawford described as including a “variety of performances and lived experiences of disability”—was alternately playful, uncomfortable, edgy, intense and sexy—just like the artists.

There is no doubt that IWBWYE made a loud political statement about the relative invisibility of the disability arts community, even as it celebrated the creativity and the humanity of the assembled artists.―Eileen Cunniffe

More about: Arts and CultureNonprofit NewsPractice