Dissidents in Cuba and Elsewhere with Expectations of Pope Francis

The Catholic World Meeting of Families isn’t quite open to all families. Sanaa Habeeb and Riyadh Azzu, an Iraqi couple that attended the World Meeting of Families in 2012 when it was held in Milan, were invited by Pope Francis to attend this year’s program in Philadelphia. They are Iraqi Catholics, and they told those assembled at the Milan gathering about the impact of the war in Iraq on Christians. However, despite the Pope’s invitation, Habeeb and Azzu were denied visas to come to the U.S., even though their sons, apparently both doctors, actually live in the U.S.

Since the State Department didn’t respond to TIME with comments, there is no official explanation of why this couple with two children in America and armed with an invitation from the Pope himself would not be allowed to attend the World Meeting of Families in Philadelphia. One might guess the U.S. authorities might be routinely rejecting visa requests in the wake of the national disintegration of Iraq since ISIS captured Mosul and Ramadi. Nonetheless, it is a sad state of affairs for a couple, once part of the first-ever Iraqi delegation to the World Meeting of Families, to be denied participation because the event was being held in the U.S.

While the Pope was in Cuba, dissidents such as the Ladies in White, protesting for the release of pro-democracy activists since 2003, hoped to meet with the Pope, but it didn’t seem to happen. In fact, there were reports of Cuban authorities arresting a number of activists. Reportedly, three members of the Cuban Patriotic Union were arrested for shouting “Freedom” at the Pope’s motorcade. Another report said that five members of the Cuban Patriotic Union, known by its Spanish acronym UNPACU, were arrested trying to attend the mass. More than 20 members of Ladies in White were prevented from attending the Pope’s mass. However, Vatican spokesperson Fr. Federico Lombardi told reporters that the Pope had telephoned arrested dissidents, though which ones and what was said was unclear.

No one should be confused about the lack of democratic processes and protections in Cuba. No matter what progress has been made in reestablishing diplomatic relations between the U.S. and Cuba, the island nation remains intolerant toward dissidents and repressive toward notions of free speech and freedom of the press. Those of us who have visited Cuba and spent time among ordinary Cubans, as opposed to touring as part of tightly scripted government events, know that many Cubans have democratic yearnings that have not been satisfied by the leadership transition from Fidel Castro to his brother Raul.

The dynamic involving the Pope in the Cuban democracy movement, especially with the Ladies in White, will speak volumes about how much the Vatican is willing to use its moral influence to get the Cuban government to release its political detainees. The question is little different from whether President Obama used his political and moral power to pressure Iran to release Washington Post reporter Jason Rezaian, held by the authorities on trumped up charges, or plans to raise the question of treatment of dissidents with Chinese president Xi Jinping, whose official state visit to the U.S. follows on the heels of the Pope’s.

The politics of inclusion or exclusion will be in practice in the U.S., even if the federal government is unlikely to toss activists into extended periods of indefinite detention without specific charges. For example, a senior Vatican official complained about the White House’s invitation to transgendered persons, a gay Episcopal priest, and a nun who has criticized the Vatican on its positions on abortion and euthanasia. The Vatican’s fear is that a photo of the Pope with any of those people could be interpreted as endorsement.

Protests have arisen about other legs of the Pope’s tour. Native Americans are protesting the planned canonization of Junípero Serra as the first Hispanic-American saint due to Serra’s role in the forced and violent imposition of Catholicism on Native Americans. Aside from a solo operative like the teenager recently arrested for planning to attack the Pope, U.S. government authorities are unlikely to engage in much pre-visit roundups. However, as the protesters show up to stand for or against abortion and women’s reproductive lives, or to attack the contraception mandate in the Affordable Care Act, or to attract the Pope to speak out on America’s immigration mess, expect some protesters to find themselves “detained,” to use the term of art, for reducing the likelihood of dissidents’ disruptions of the Pope’s events.

The challenge will come back to Pope Francis himself to speak out about the rights of dissidents and the importance of free speech, whether they are challenging the government of Raul Castro or the anti-abortion sentiments of leaders of the U.S. Catholic Church.—Rick Cohen 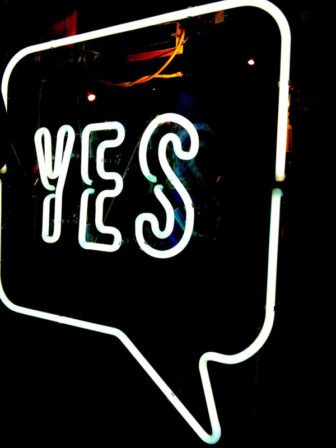