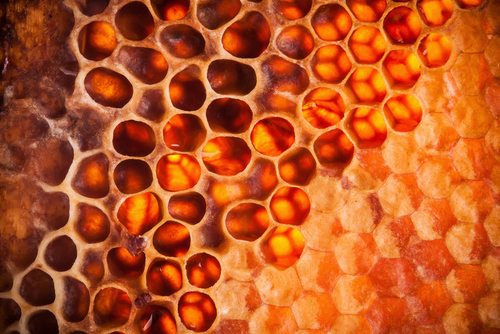 The Nonprofit Quarterly and the National Committee for Responsive Philanthropy (NCRP) are pleased to present the first in a series of articles based on insights and lessons from Philamplify, NCRP’s new initiative that combines expert assessments with stakeholder feedback to help improve the effectiveness and impact of the country’s foundations.

Three years ago, I accepted the challenge of implementing a program that provides “actionable feedback” for major foundations. It entailed assessing foundations, whether or not they wanted it, and then telling them and the public what the foundations were doing well and how they could improve.

When I described the idea to a close friend, she asked me, “Aren’t you worried about being able to get your next job after this one?”

Somehow, my answer was “No.” I was confident that there was a welcome mat in the sector for unsolicited, honest feedback and that many people in philanthropy would agree, perhaps secretly, that this would be good for the field. Perhaps my friend should have reminded me of the Woody Allen quote, “Confidence is what you have before you understand the problem.”

I thought I understood the problem well. I had just spent three years traveling the country and listening to dozens of community leaders talk about their victories, defeats, and obstacles for our Grantmaking for Community Impact reports on the tangible returns of foundation-funded advocacy, organizing, and civic engagement. These nonprofit leaders certainly had anecdotes about great foundation partners who helped them realize their goals. But I also heard many stories of frustration: arrogant program officers; funders abandoning an issue or a region with little warning; timid grantmakers who funded social services but never the advocacy that would eliminate the need for the services.

We lifted up—and named—the philanthropic exemplars in these reports, but we never identified the ones that fell short or made things worse for the nonprofits. We didn’t even tell these grantmakers confidentially that their grantees had criticized them. Personally, this felt like a great disservice, both to the nonprofits and to the foundations they critiqued. There was no mechanism for nonprofits to hold specific foundations accountable for their actions, whether well intentioned or not.

Early in Philamplify’s development, I described the idea to dozens of people who cared about the effectiveness and impact of philanthropy in our society. Some of the reactions were gratifying and affirmed my belief that this project was needed and would fill a serious gap. A few individuals said, “I’m so glad you guys are doing this, because we would love to call out bad behavior, but we can’t. Our board won’t let us.” Others said that without foundation buy-in upfront, our recommendations would be ignored; we would “catch more flies with sugar.” One former program director of a large national foundation responded, “Foundation leaders don’t need more sugar and honey. They are fed it 24/7.”

Many observers urged us to start with a “coalition of the willing”—funders already demonstrating a commitment to learning and transparency, already committed to NCRP’s values and best practices. This made sense to me. Indeed, we piloted the Philamplify methodology with the Winthrop Rockefeller Foundation, whose CEO is our board chair. Testing our methods with a willing participant was an invaluable opportunity for us, and it provided useful learning for the foundation.

But once we moved on to those larger foundations we most wanted to hold accountable, it was surprisingly hard to find a cohort of ambassadors. After weeks of outreach and running the idea up their flagpole, invariably a well-meaning funder would have some reason why, even though they were open to the idea in theory, it just wasn’t a good time to participate, despite minimal demands on the foundation’s staff time. One foundation CEO embraced the idea, and we spent five months learning about the foundation, meeting with its leaders, and tailoring our tools to their program areas and organizational culture, only to witness them pull out abruptly because their program staff balked. Although they politely thanked us for opening their eyes to the value of stakeholder feedback, the foundation never apologized nor acknowledged the impact on our time and the thousands of dollars we already spent. These experiences strengthened my resolve that what we were proposing to do was sorely needed.

We bit the bullet and picked a handful of funders to assess; the sky didn’t fall. In fact, the response to Philamplify has been overwhelmingly positive. Many in the sector have said that the assessments strike the right tone and hit on the right issues. Grantees, philanthropic peers, and other stakeholders appreciated the opportunity to talk confidentially about a foundation’s strengths and weaknesses and their hopes for its success, whether the foundation was on board or not. Only a handful of grantees declined to participate specifically because the foundation didn’t sanction it.

Though only two of the five funders formally cooperated with us, the continuum of “cooperation” to “non-cooperation” was interesting to observe. A few of the “non-cooperators” were more forthcoming and engaged on the substance of our findings and recommendations than one “cooperator.” Based on conversations with the leaders of the first five foundations we’ve assessed, I believe they will act on at least some of our recommendations, even if they didn’t cooperate in the process. Only time will tell, but unsolicited feedback may be actionable after all!

Yet the problem of accountability is not completely solved. Feedback systems alone are not enough. During a webinar about Fund for Shared Insight, the new pooled funding collaborative that seeks to improve philanthropy by strengthening feedback loops and openness, Fay Twersky of Hewlett Foundation and Hilary Pennington of Ford Foundation were asked if the goal of the fund was to empower beneficiaries or gain information for foundations’ internal processes. Pennington said that for Ford, the goal was to shift power dynamics.

I hope the new initiative does tackle the perennial problem of unequal power that stands in the way of true accountability for foundations’ behavior. Will intended beneficiaries themselves be bolder about giving direct, public feedback to foundations than are the nonprofits that seek grants on their behalf? And will grantmakers consider that feedback more seriously?

The bottom line is that foundations are not answerable to their grantees, intended beneficiaries, peers, the media, or local government. We are still learning how to generate heat in the court of public opinion, to see if that will induce foundations to respond. But the stakeholders of philanthropy fear being honest in a direct way. Although our goal is to counter this fear, we realize that unless everyone in the nonprofit and philanthropic sector works to dispel it, this dynamic may never change.