Do Not Pass Go: Darren Wilson Resigns With No Severance 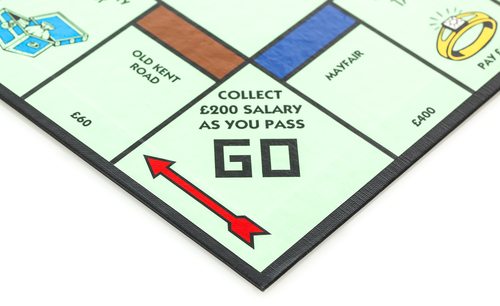 Darren Wilson, the police officer who shot and killed Michael Brown in Ferguson, Missouri, this past August, has resigned from the police department after a grand jury declined to indict him. Ferguson Mayor James Knowles has said that there will be no severance package. Knowles said on Sunday that the city did not demand Wilson’s resignation, but “as far as the city of Ferguson is concerned, we have now severed ties with Officer Darren Wilson.”

This occurred over the same weekend that the city itself was rocked again by the reaction to the decision, and protests and boycotts of Black Friday took place around the country. The protests in general point not just to this one incident, but to longstanding inequities, so the resignation itself is unlikely to answer local community frustrations.

“It is important for us to talk about issues directly related to the city of Ferguson and what issues we can directly address as a city moving forward to bring our community together,” said the mayor, but he clearly does not expect that the resignation will quiet the persistent calls for justice that extend beyond the killing of this one black youth.

“I think people will continue to express frustration and look for change,” the mayor said. “But I hope people understand that the city of Ferguson has been responsive. We hope that will help bring the community of Ferguson together and I hope others will start to recognize that going forward.”

The mayor was speaking in part of a recently convened civilian commission, a plan to engage with youth in the area, and plans to diversify the police force, among other things, but there will be much more to be done to address what has been discussed since the killing as an underlying problem of structural racism.

In his resignation letter, Wilson wrote that his “continued employment may put the residents and police officers of the City of Ferguson at risk, which is a circumstance I cannot allow.” But his lawyer, Neil Bruntrager, went further, telling the Associated Press, “The information we had was that there would be actions targeting the Ferguson (police) department or buildings in Ferguson related to the police department.” No one has confirmed the specifics of what Wilson was told.

Despite the Grand Jury decision, the U.S. Justice Department is engaged in a civil rights investigation into the shooting and a separate investigation of police department practices. Moreover, the Brown family may still file for civil damages.—Ruth McCambridge