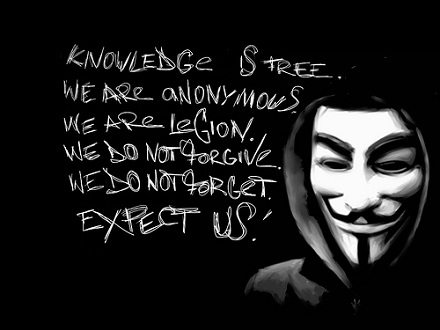 A documentary about the hacktivist network Anonymous has been released online and is available for sale. Brian Knappenberger is the filmmaker behind We Are Legion: The Story of the Hacktivists and he says that it was difficult to call it quits since the story continues to evolve apace. In an interview with Wired, Knappenberger said, “There’s that whole thing where it’s not done, it’s just due…I often wonder if I started the film now if it would have the same feel and tone. Anonymous has changed and evolved a lot. When we started, [former Egyptian President Hosni] Mubarak was still in power, and none of the last 45 minutes of the film had even happened yet.”

Angela Watercutter of Wired sees the film’s release as a watershed moment: “Not only could the documentary help the outside world understand the mask-wearing revolutionaries at Occupy protests, it could serve as a sort of Rosetta stone for those looking to understand activism in the 21st century, if Anonymous’ style of online civil disobedience becomes commonplace.”

Knappenberger says he turned down a number of offers for distribution of the film, opting to distribute it online and copyright-free in the spirit of Anonymous which, as you may recall, were active in the opposition to the SOPA and PIPA legislation. “We turned down a couple of big offers, actually, because we wanted to do it digitally, just to do it Louis C.K.-style from the website,” Knappenberger said. “A couple of them were kind of painful to walk away from, but I felt like it had to be a digital download with this film.”

An earlier version of the film debuted at the Slamdance Film Festival in Utah and it is now available at the We Are Legion website and on iTunes. Have you seen the film? We’d love to get your reviews below. –Ruth McCambridge