Does Goodwill Discriminate against the People It Serves? 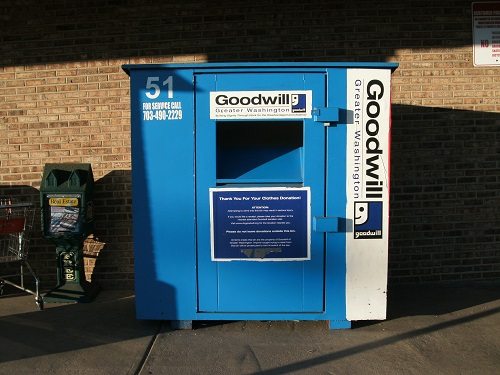 It appears that despite pending legislation in Congress, petitions boasting 170,000 signatures, and a boycott, organizations like Goodwill Industries are not interested in changing what is being depicted as horrifically unfair labor practices. Currently, a relatively obscure law allows some employers to pay well below the minimum wage to workers who are deemed as less productive then able-bodied workers due to a disability. Once certified, agencies like Goodwill can pay workers with disabilities as little as 22 cents an hour.

Congressman Gregg Harper (R-MS) has introduced the Fair Wages for Workers with Disabilities Act of 2013, which would remove section 14(c) of the Fair Labor Standards Act (FLSA), which allows certain employers the right to pay workers with disabilities wages that are substantially below the minimum wage. This legislation is supported by the National Federation of the Blind and others, but it appears stalled for now, and given a less than one percent chance of being enacted.

NFB and the Autistic Self Advocacy Network (ASAN) are trying other tactics. On the Bill Moyers blog page, Bill Vail reports that on October 31, petitions with 170,000 signatures were delivered to Goodwill offices in several locations around the country. This is a second attempt to shame Goodwill, following a largely ignored boycott of their stores last year. NFB and ASAN started the petition at change.org as a tool to keep the pressure on and continue to raise awareness of the issue. Goodwill appears to be largely ignoring the petition, as they did a boycott of their shops sponsored by NFB last year. A spokesperson for Goodwill has said that they have no intention of changing their policies, which offer people with disabilities a chance to work and earn a wage they might not otherwise have.

As a side note, in his recent op-ed piece in the New York Times, Paul Krugman comments on how rare it is these days for a Republican legislator to support programs that offer assistance to people who are poor and out of work. He points out that the Tea Party’s founding was on the basis of wanting to make sure that government does not reward the lazy and undeserving. In that light, it is striking that Congressman Harper, a legislator who is known to be extremely conservative and pro-business in his voting, has sponsored a bill supporting people in need. It makes more sense, however, when taken in the context of Congressman Harper’s first-hand knowledge of the challenges and discrimination people with disabilities and their families face every day—Harper’s son has Fragile X Syndrome.

Places like Goodwill believe they are doing the right thing, and doing the best for people with disabilities. But when it is personal, affecting you or someone like you, it begins to look like a paternalistic attitude at best and discrimination at worst. Dr. Marc Maurer, head of the NFB, has said that people in power in this country “tell us that our lives have been improved through this system of government-authorized discrimination, while they collect their six- and seven-figure compensation packages.” —Rob Meiksins